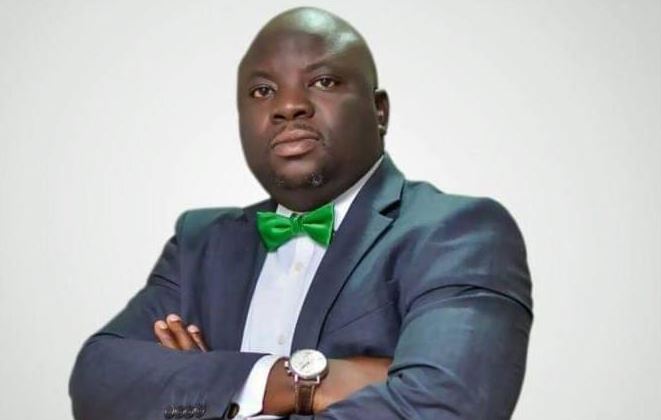 A Nigerian banker identified as Bayo Adeyinka took to the micro blogging platform, Twitter to share the lessons he learnt from his driver, Biliaminu Lawal about personal finance.

Bayo told the story of how his driver who was a widower, single-handedly raised his three children, and also built a house even though his salary was nothing above N40,000.

Mr Biliaminu Lawal was one of the pool drivers in the bank I worked for circa 2005. He was humble to a fault and always called everyone, ‘Oga mi’ (my boss).

He was a widower and had 3 grown up children. On a certain day, I was on a sales call and Lawal was on the wheels. Like I used to do at that time, I sat at the ‘owner’s corner’ in the pool car. It was in Ibadan and we were on our way to Akobo- Ojurin.

Lawal normally minds his business as he leaves you to your thoughts. But on that day, as he drove past a particular junction, he pointed at a house down the road, cleared his throat and said, ‘Oga mi, that’s my house down the street’.

‘Your house?’, I asked. He replied in the affirmative. I thought I didn’t hear correctly. ‘Rented or owned?’, I asked again. Lawal smiled. He replied with a tinge of confidence in his voice that the house belongs to him. He added ‘By the grace of God’. I couldn’t believe it.

I looked closely at Lawal. His salary at that time was not up to N40,000 monthly. How could he have built a house on that salary? How did he raise 3 children on that salary? I entered into a mournful mood. I started considering my financial status.

I earned multiples of what Lawal earned but I didn’t even own a plot of land at that time. That was one of the longest rides of my life. I realized that though I didn’t consider Lawal literate, he was by far more financially literate than I was.

The next morning when I got to the office, Lawal stooped and greeted me in his usual manner, ‘Good morning, Oga mi’. I looked at him and told him matter-of factly, ‘Mr Lawal, you are my Oga’. Yes, he was the real boss.

There were things he knew about personal finance that I needed to know. From that day, I decided to pay more attention to him. I studied his habits. I observed his actions. And I drew so many lessons from him that helped me to reconsider my approach to personal finance

Mr Lawal taught me that money is a limited resource. In other words, one can never have enough to meet all of one’s needs. That’s why the rich want more money. The poor think that if they can just have N1m, all their problems will be solved.

I observed that Mr Lawal was a compulsive saver. If you give him a tip, he would thank you profusely and keep it. If you want to buy him lunch, he would prefer it is monetized and he would save the money. Throughout all our years of working together, I never saw Mr Lawal eat out.

He always brought food from home. It was cheaper for him and helped him save money. It was then I realized that it is not how much you make but how much you keep that determines your financial future.

His first daughter at that time was in a College of Education and he paid for her education. Abstaining from what wasn’t necessary helped him to keep a grip on his finances. He was able to differentiate between a want and a need.

He had a car that he drove to the office in the morning. He carried passengers on the way who pay transport fare which he used to fuel the vehicle. He couldn’t comprehend burning fuel to work while your pocket was empty.

The car was parked during office hours and after he closed at 6pm, he transmuted to a taxi driver until late in the night. He understood that to earn more money, one must diversify one’s income channels or make your money make more money for you. He turned his car into an asset.

Mr Lawal was not a waster. You will never catch him with the airconditioner of the car running when he’s the only one in the car. He knew the universe has a way of punishing wasters as no wasteful person will become rich.

Here are 7 tips on how to manage personal finance:

6.Protect your assets and investments (through insurance)

That ride with Mr Lawal was a life-defining moment for me. He was my inspiration for buying a plot of land and building shortly after. I kept on thinking, ‘If Mr Lawal on a salary of less than N40,000 can do this, I can also’. © Bayo Adeyinka”