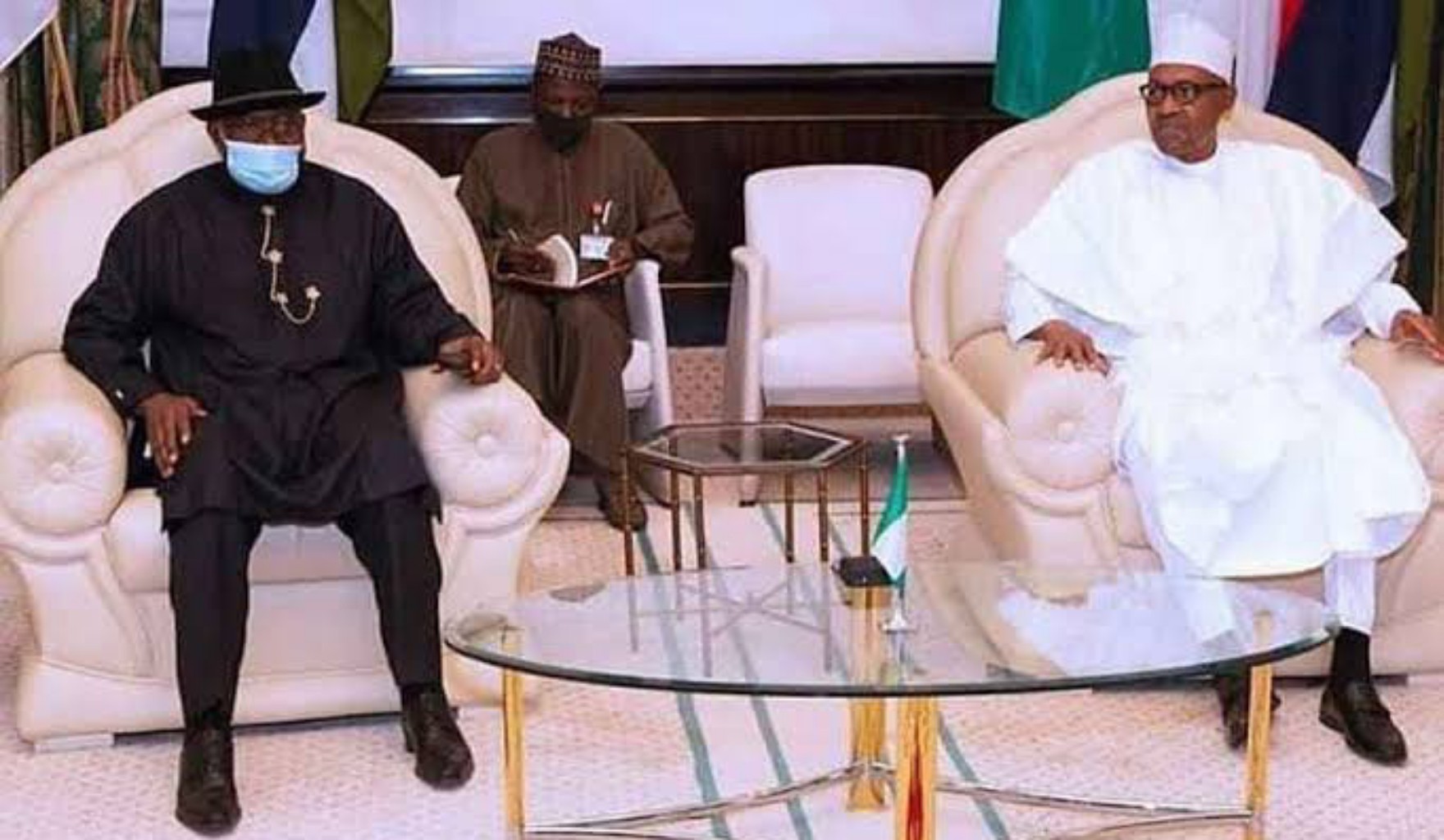 No tension between Buhari and Jonathan, says Adesina

Femi Adesina, in an article titled ‘GEJ meets PMB: A lesson for bitter-enders’, said some citizens are knocking their heads against the wall, sitting on the complaint counter and wailing endlessly.

“But here are the two main men, treating each other like brothers. May the wailers stop wailing. May the Bitter-Enders be purged of bitterness”, he prayed.

Adesina revealed his principal and predecessor, Goodluck Jonathan have mutual respect and affection for each other.

There is no tension or grudges between the two leaders, he said.

Revealing the behind-the-scene details of the meeting between Buhari and Jonathan on Tuesday at the State House, Adesina, in his weekly column said the atmosphere was “calm, friendly, characteried by absolutely no tension. No animosity.”

Jonathan lost to Buhari in 2015 with their supporters sharply divided till date.

According to him: “While uncountable Jonathanians and Buharists were spitting in one another’s eyes round the country, abusing one another’s father and mother at the same time, here were the two men, the perfect picture of geniality. I say again, no tension, absolutely none. They were both perfect pictures of civility.”

To underscore this, the presidential aide revealed when it time for Jonathan to leave, he headed for the exit door as protocol demands but Buhari “led him through the exit exclusively meant for a sitting President. Very impressive.

“Meanwhile, out there, the Bitter-Enders are knocking their heads against the wall, sitting on the complaint counter and wailing endlessly. But here are the two main men, treating each other like brothers.”