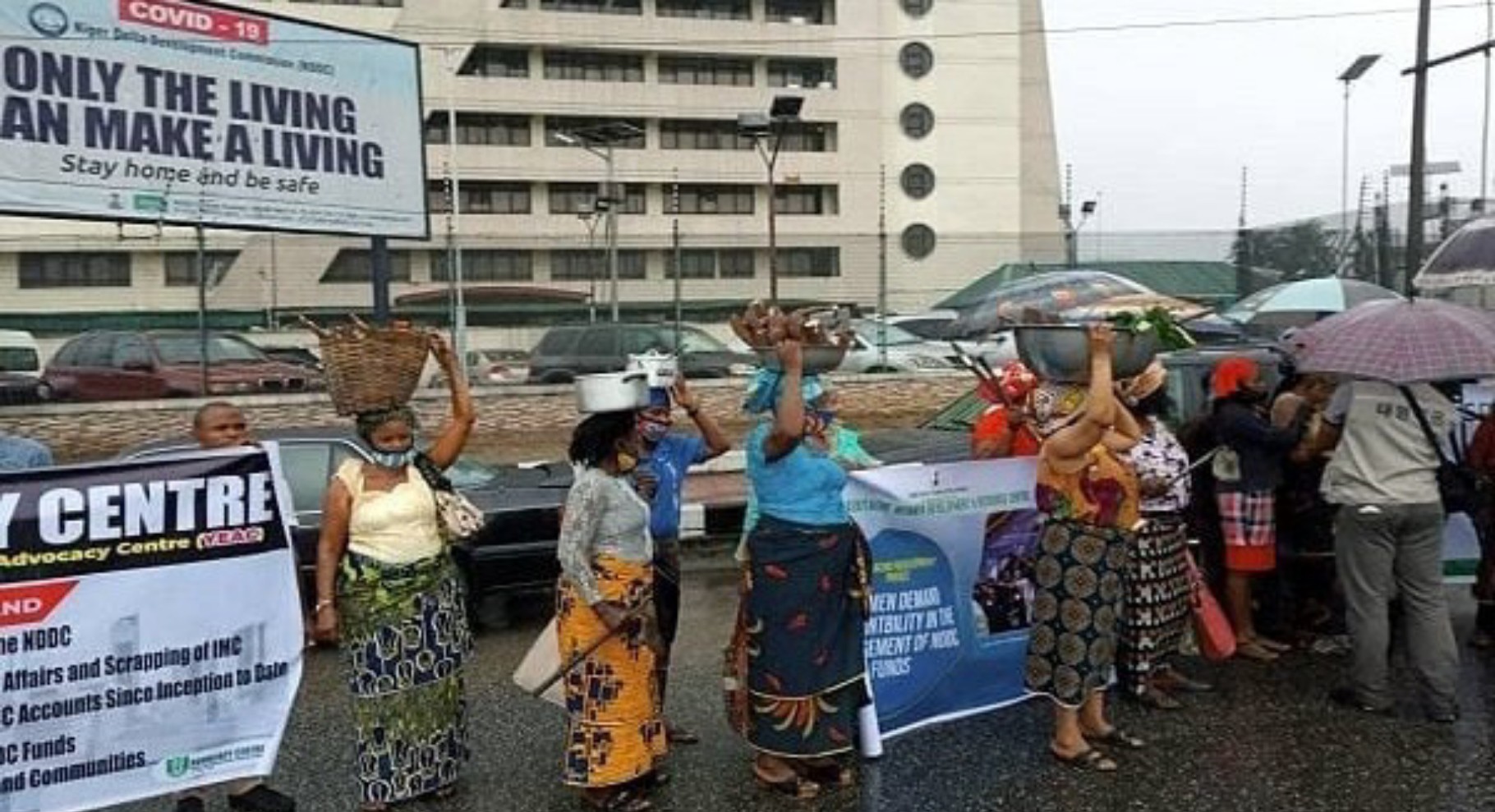 Angry youths and women from the Niger Delta region defied heavy downpours on Monday to protest allegations of corruption at the headquarters of the Niger Delta Development Commission (NDDC).

The protesters, who bore placards with different inscriptions, arrived the commission’s headquarters located along Aba Road, Port Harcourt at 10 am and demanded money allegedly stolen from the commission should be returned to the region.

Some of the protesters lamented the poverty in the region, saying they were dying of hunger while a few individuals were busy cornering their commonwealth.

While adding that their children could no longer go to schools because billions of naira meant to develop the region had been diverted by a few persons.

The women, who came with some of their farm produce, such as cassava and vegetable, said the farms were not fertile because of pollution caused by oil exploration.

Inter-Faith clerics unite behind Buhari in prayers to defeat…

They lamented that the money meant to mitigate their suffering and cushion effects of their hardship had been diverted and squandered by officials of the commission.

The leader of the protest and Executive Coordinator, Youths and Environmental Advocacy Centre (YEAC), Fyneface Dumnamene, called for prosecution of persons indicted for looting the commission.

Dumnamene further asked the Presidency to scrap the Interim Management Committee (IMC) of the NDDC, saying such arrangement was alien to the Act establishing the interventionist agency.