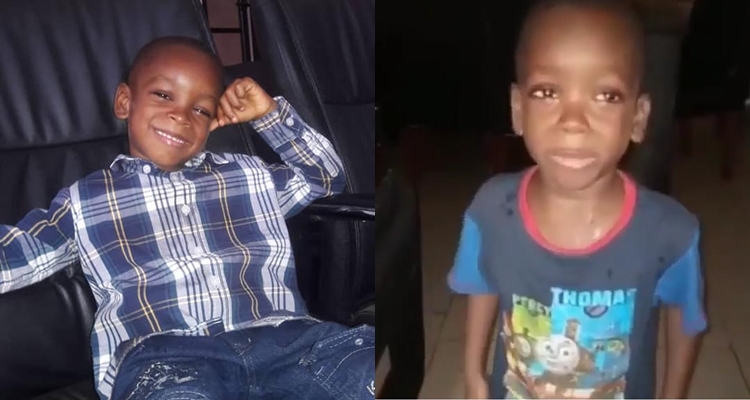 The little boy who was asking his mum to calm down in viral video has now become an ambassador.

Recall that in the viral video, the boy is seen appealing to his mother to “calm down and rest a little” as she attempted to beat him over an offence.

However, it appears that fate will smile on him as the trustees of Combat Domestic violence and Abuse Foundation has searched him out and have made him an ambassador.

The Facebook user who shared the video made the announcement, saying; “Behold Our Calm Down Ambassador

I want to say thank you to all those who shared my request to meet the ‘Calm Down’ boy in the viral video.

Mr. Ajala, got me the telephone number of Mrs. Lawal and we have spoken.

“He has made other children’s voices to be heard, he’s an ambassador”…

Our board of the Combat Domestic Violence and Abuse Foundation are in talks about how our ambassador will help us preach the need for restraint when we are angry.

You will all the hearing from us soon.

Thank you once again.

N.B: Alonge Michael, Peter Oladiran and co, thanks for using the story on your blogs and platforms. 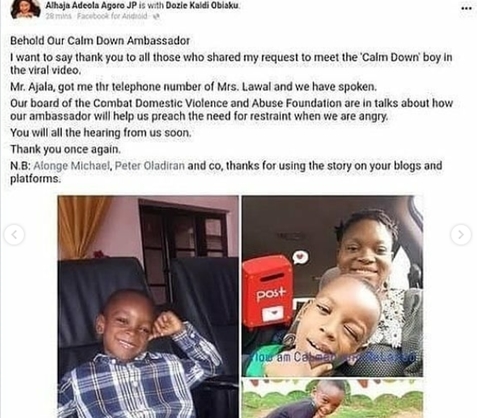