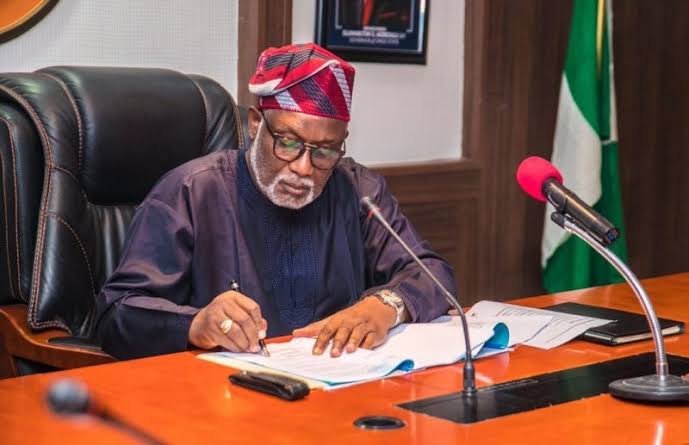 A governorship aspirant of the All Progressives Congress, Ifeoluwa Oyedele, has been appointed as one of the directors for the Sunshine Food Processing Concept Ltd, Emure Ile in Owo local government area.

Oyedele was the first aspirant to step down for Akeredolu in the APC primary which was eventually won by Akeredolu.

Also, Akeredolu also approved the appointment of Mr Boye Oyewumi and Pastor Akin Olotu as nominated directors for the company.

This was contained in a statement issued and signed by the Chief Press Secretary to the governor, Mr Segun Ajiboye, which announced the appointments of the three new directors of the company.

The statement stated that “in line with the vision of his administration to drive development through industrialisation, the Ondo State Governor, Arakunrin Oluwarotimi Akeredolu, SAN, has approved the appointment of Engrineer Ife Oyedele, Hon Boye Oyewumi and Pastor Akin Olotu as Ondo State nominated directors for the Sunshine Food Processing Concept Ltd, Emure Ile in Owo local government area.

“The Sunshine Food Processing Concepts Ltd is the Egg Powder factory that is about to take off at Emure Ile. It is a partnership with Imperium Capital Plc.

“Other directors representing the investors on the board of the company are Mr Olusegun Akanji and Mr Charles Ogunmola.

“The Governor wishes the eminent personalities the best of luck while charging them to deploy their wealth of experience to develop the company for the good of the State and the people.