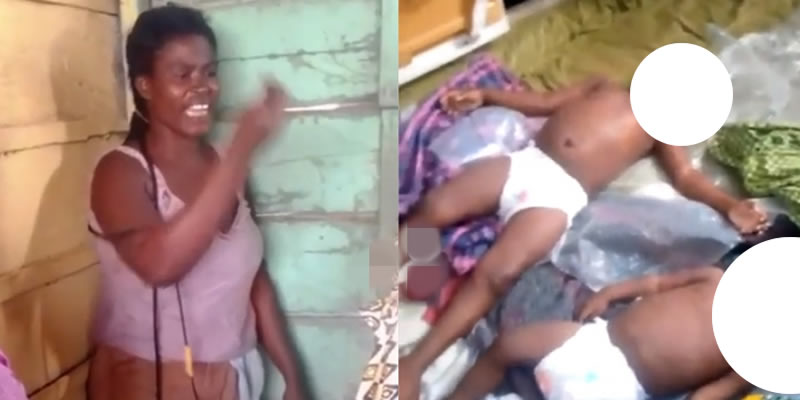 An unidentified Ghanaian lady has shocked many after she murdered her twin babies due to ‘pain and hardship’.

The woman, who is believed to hail from the Ga community has killed her twin babies because her husband gives her GHC 20 a week and it’s not enough.

According to her, she can’t do anything with such amount of money with the twins with her also. The only option she had was to kill the innocent kids to free herself from the hardship and pain she was going through.

In other news in Nigeria, a Nigerian woman, Chika Anthonia Voghor, who was barren for eighteen years has died three days after she welcomed a set of twins.

Mrs Chika Anthonia Voghor, an indigene of Umunachi Mmukoro in Isiala Mbano Local Government Area of Imo State, was married to her husband, Ediri Voghor, an Urhobo man from Delta state, for eighteen years and waited to have their own children. Fate smiled on her when she confirmed she was pregnant last year. In June, Mrs Voghor, welcomed a set of twins (boy and girl). Their joy was however short lived as she died three days after. Read full story here.