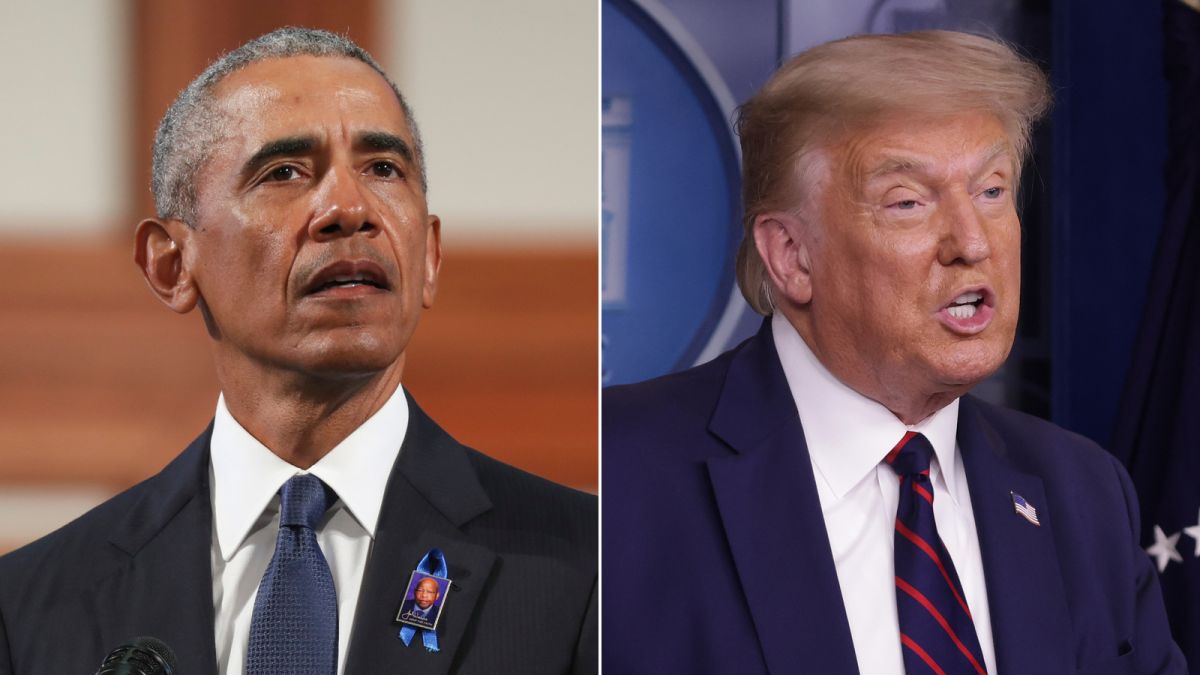 Former US President Barack Obama has condemned President Donald Trump’s use of federal agents against protesters and his attempts at voter suppression in the United States.

Obama, giving a eulogy at the emotional funeral service in Atlanta of civil rights leader John Lewis on Thursday night, July 30, blasted alleged Republican attempts to suppress the minority vote and Trump’s repeated attacks on mail-in voting less than 100 days ahead of the November elections.

“Today we witness with our own eyes, police officers kneeling on the necks of Black Americans,”

“We can witness our federal government sending agents to use tear gas and batons against peaceful demonstrators,” the former president said.

“Even as we sit here, there are those in power who are doing their darndest to discourage people from voting by closing polling locations and targeting minorities and students with restrictive ID laws and attacking our voting rights with surgical precision, even undermining the postal service in the run-up to an election that’s going to be dependent on mail-in ballots so people don’t get sick,” he said.

UNICEF Warns Against Shutting Down Of Schools

“These actions threaten US democracy.

Paying tribute to Lewis, a 17-term Democratic congressman from Georgia, who died on July 17 at the age of 80, Obama said the congressman’s fight for African-Americans’ civil rights had paved the way for him to become the first Black president of the US.

Lewis did “everything he could to preserve this democracy and as long as we have breath in our bodies, we have to continue his cause”, Obama said.

“As long as young people are protesting in the streets hoping real change takes hold, I’m hopeful,” he said.

“But we can’t casually abandon them at the ballot box. Not when few elections have been as urgent on so many levels as this one.”