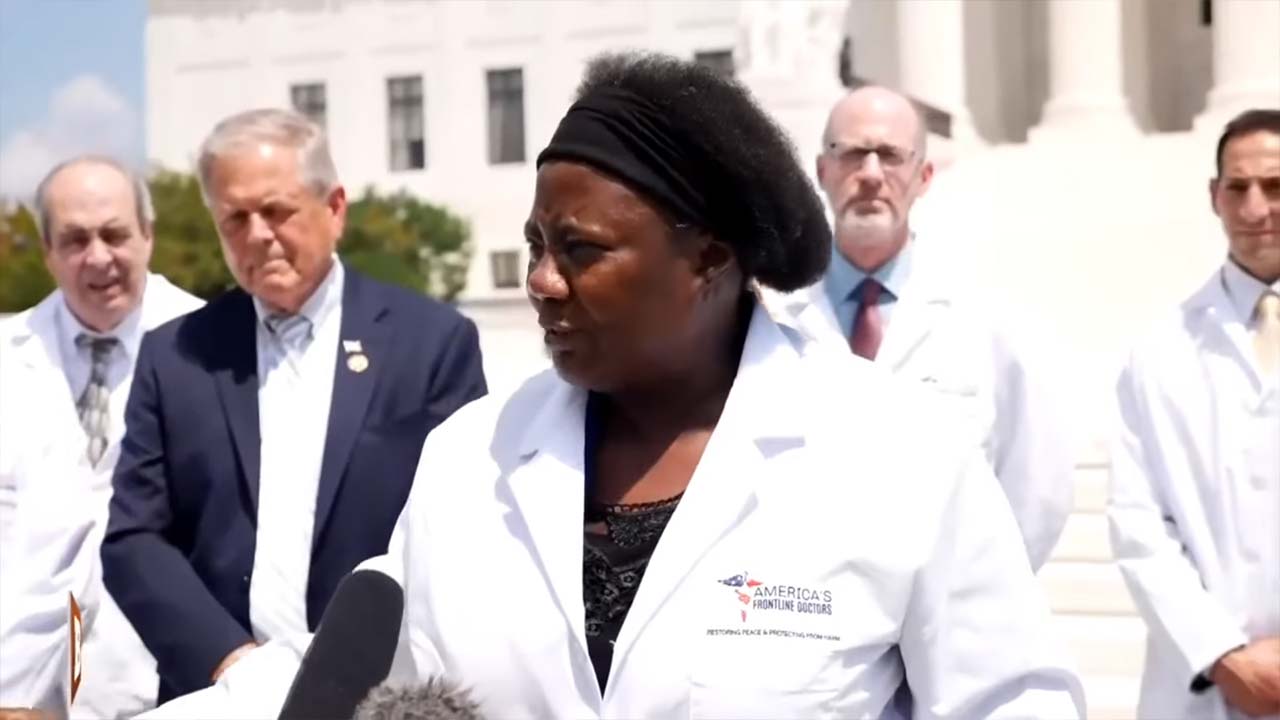 Texas-based doctor, Dr Stella Immanuel, who claimed she has cured COVID-19 patients with hydroxychloroquine, has made another claim as a ‘demon buster’.

‘I’m a demon buster. Yes, demons sleep with people. Yes, if you pray for them they get better,’ she told the Houston Chronicle.

Immanuel, 55, had also hit headlines for claiming that gynaecological problems like cysts and endometriosis are caused by people having sex in their dreams with demons and witches.

She also claimed people are being injected with alien DNA and believes the Magic 8-Ball toy is in fact a scheme to get children used to witchcraft.

Immnauel, apart from her medical practice as a pediatrician also runs the Fire Power Deliverance Ministry in Houston.

Immanuel shot into international limelight on Monday, July 28, when she made the hydroxychloroquine claim.

WHO contradicts US drug company stance on Remdesivir, says it has…

However, it’s Immanuel’s views on hydroxychloroquine that catapulted her into the national spotlight.

On Monday, President Donald Trump and his son, Donald Jr., retweeted a video of the doctor appearing in Washington, D.C. to lobby Congress.

In the video – which has since been removed by Facebook, YouTube and Twitter – she attacks ‘fake doctors’ who doubt the efficacy of the drug, and claimed it’s a ‘cure’, adding ‘you don’t need a mask.’

‘If some fake science comes out and says we’ve done studies and they found out that it doesn’t work, I can tell you categorically it’s fake science,’ she said.

‘I want to know who’s conducted that study and who’s behind it. Because there is no way I have treat 350 patients and counting and nobody is dead.’

She said she has treated patients with hydroxychloroquine along with zinc, and the antibiotic zithromax.

Donald Trump Jr was also impressed by her speech, noting on Twitter that it was ‘a must-watch’.

In the interview with Houston Chronicle, Stella once again endorsed hydroxychloroquine.

‘We have not lost one patient yet,’ Immanuel told the publication, adding that she has used hydroxychloroquine to treat over 400 people stricken with COVID-19 – including asthmatics, diabetics and the elderly.

She said studies have shown the drug’s efficacy, but believes they are being deliberately suppressed by big pharma, who stand to profit off future treatments for the illness.

‘Whenever we have two or three studies that show it works, there’s always studies that come out and knock it down. It’s fake science. They’re going to allow people to die so that they can sell vaccines and $5000 drugs. It’s diabolic,’ she stated.

Immanuel – was born in Cameroon. She did her medical training in Calabar Nigeria.