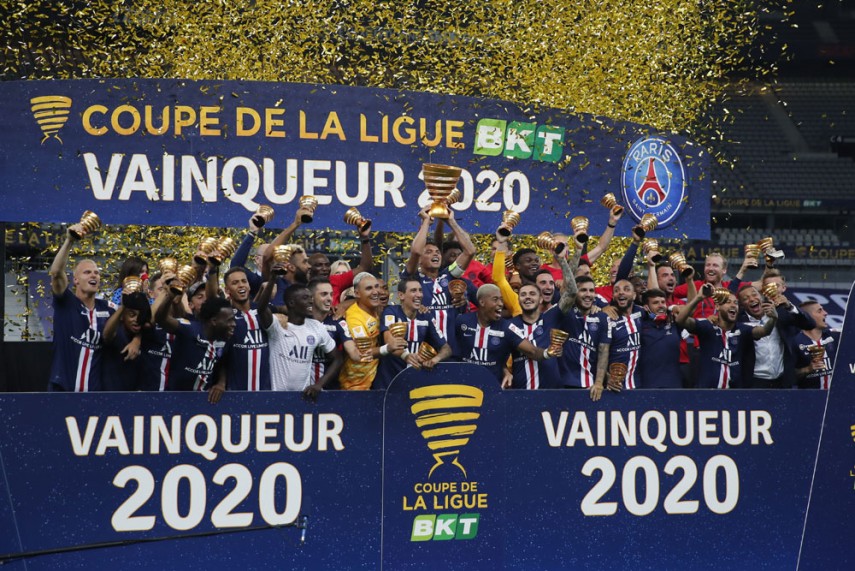 Paris Saint-Germain(PSG) have won all domestic French trophies for 2019-20, after beating Lyon 6-5 in penalty shoot-out in the last ever Coupe de la Ligue final.

Keylor Navas and Pablo Sarabia wrapped up the victory in the penalty shoot-out after 120 goalless minutes.

Despite the absence of the injured Kylian Mbappe on Friday, PSG just about did enough to see off Les Gones.

While both sides crafted several half-chances, the match’s tempo resembled that of a pre-season contest as opposed to a cup final, and PSG – who were 1-0 victors in last weekend’s Coupe de France showpiece – perhaps unsurprisingly looked a little sharper.

A flurry of activity towards the end of the opening 45 minutes was not sustained in the second half, with the match appearing destined for extra-time long before the regulation 90 expired.

Rafael da Silva’s 119th-minute sending-off came too late to have any real impact.

In the subsequent shoot-out PSG held their nerve as Navas saved from Bertrand Traore in sudden death and Sarabia swept home the decisive kick.

Both teams now turn their attention towards the Champions League, with a potentially exhilarating quarter-final match against Atalanta in Lisbon a week on Wednesday awaiting PSG.

As for Lyon, they are in action against Juventus on August 7, as they go to Turin with a 1-0 lead from their last-16 first leg.