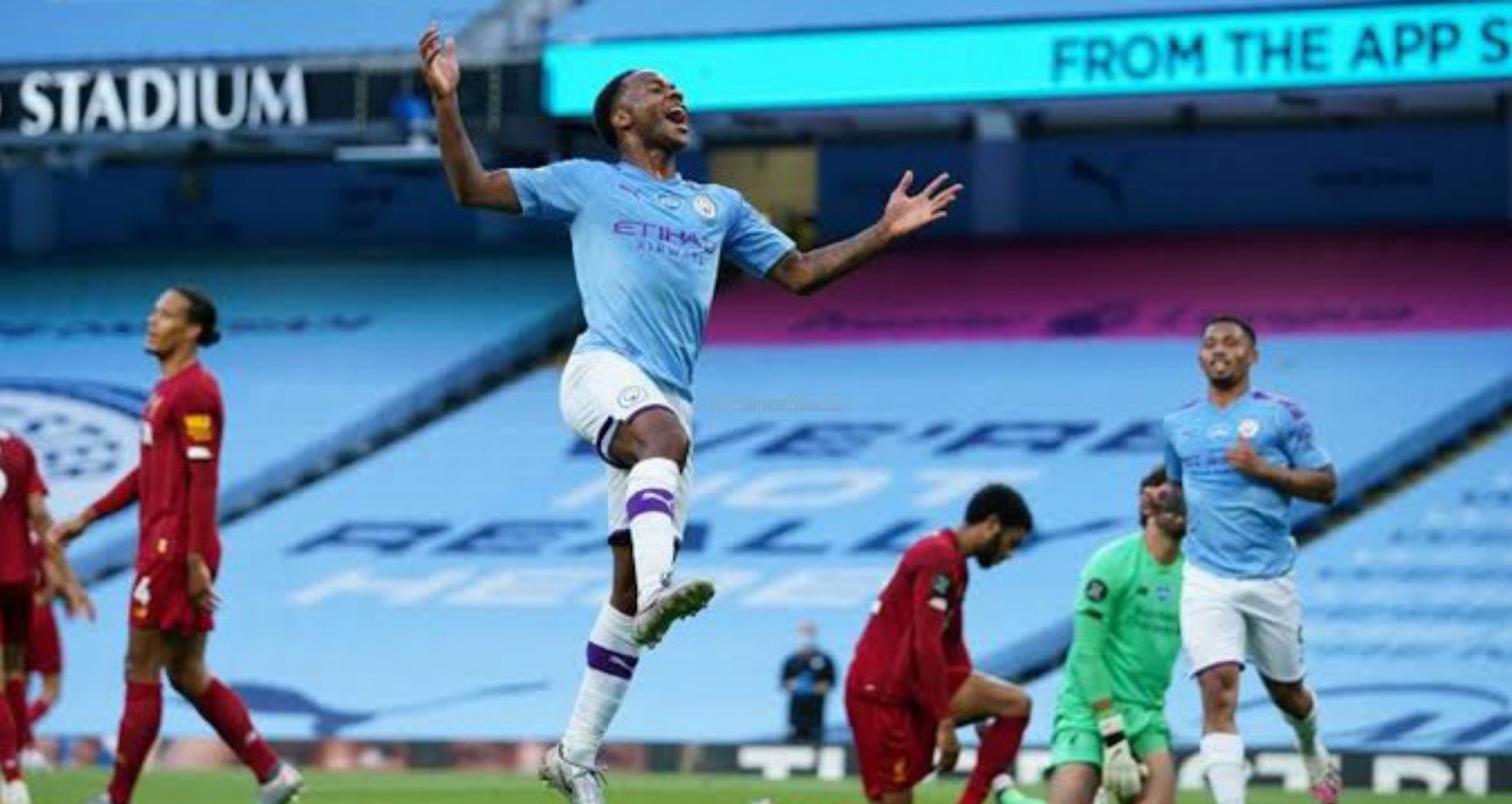 Liverpool’s first game since being confirmed as Premier League champions did not go to plan as deposed title-holders Manchester City romped to a 4-0 win at the Etihad Stadium on Thursday.

The Reds’ first top-flight title in 30 years was confirmed when City lost to Chelsea last week and the celebrations of their long-awaited success perhaps caught up with Jurgen Klopp’s side, who were ruthlessly dismantled by the rampant hosts.

A Kevin De Bruyne penalty and clinical finishes from Raheem Sterling and Phil Foden put the game to bed before half-time, while an Alex Oxlade-Chamberlain own goal in the second half added to the ignominy.

Liverpool remain a whopping 20 points ahead of City, who are 11 clear of third-place Leicester City.

The visitors had started brightly, Mohamed Salah crashing a low effort against the post inside the opening 20 minutes.

City soon hit the front, though, De Bruyne stroking home a 25th-minute penalty after Sterling was hauled down by Joe Gomez following a sumptuous turn.

Sterling made it 2-0 when he collected Foden’s pass inside the area and cleverly clipped past Alisson from eight yards.

Foden added a sublime third shortly before the break, firing over Alisson after the brilliant De Bruyne and Ilkay Gundogan had combined to carve open Liverpool’s defence.

Substitute Oxlade-Chamberlain then turned into his own net in the 66th minute as he stretched to clear Sterling’s effort on goal.

City substitute Riyad Mahrez had a stoppage-time goal ruled out by VAR after a handball by Foden in the build-up, but it mattered little as the damage had been well and truly inflicted on Klopp’s men by then.