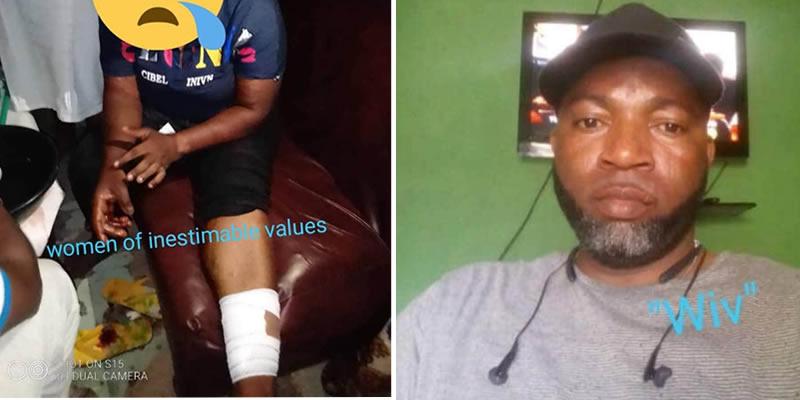 Rose Joseph, the woman who reported policeman for brutalizing wife with machete for serving him cold meal has been arrested by the Police in Ogun for alleged false reporting.

The report, according to the Police, was false.

The alleged victim Elizabeth Gabriel was reported to have been beaten by her husband Inspector Sunday Gabriel, of which she got her injury from a bike accident, the police reports.

Rose was arrested after the couple were alerted about the viral report on social media by their family members and friends. She further confessed to taking photos of the injured policewoman without her consent.

‘’What she did was against the law. She did not find out how the victim of her report was injured, instead, she sent the report to an online news medium. She will be charged to court.”

‘’I did not beat my wife talk less of inflicting machete cuts on her body. ‘

“She fell into a gutter and sustained injuries on her leg and hand after a vehicle rammed into a motorbike that was conveying her home from where she went to return the wrong footwear she bought the previous day.

“My wife was taken to a hospital in one of my friend’s car where her photographs were taken by the woman against the doctor’s warning. ‘’We found out that the malicious story was published at the instance of the woman, Rose, who is our neighbour; we reported her to a nearby police division and she has since been arrested.”