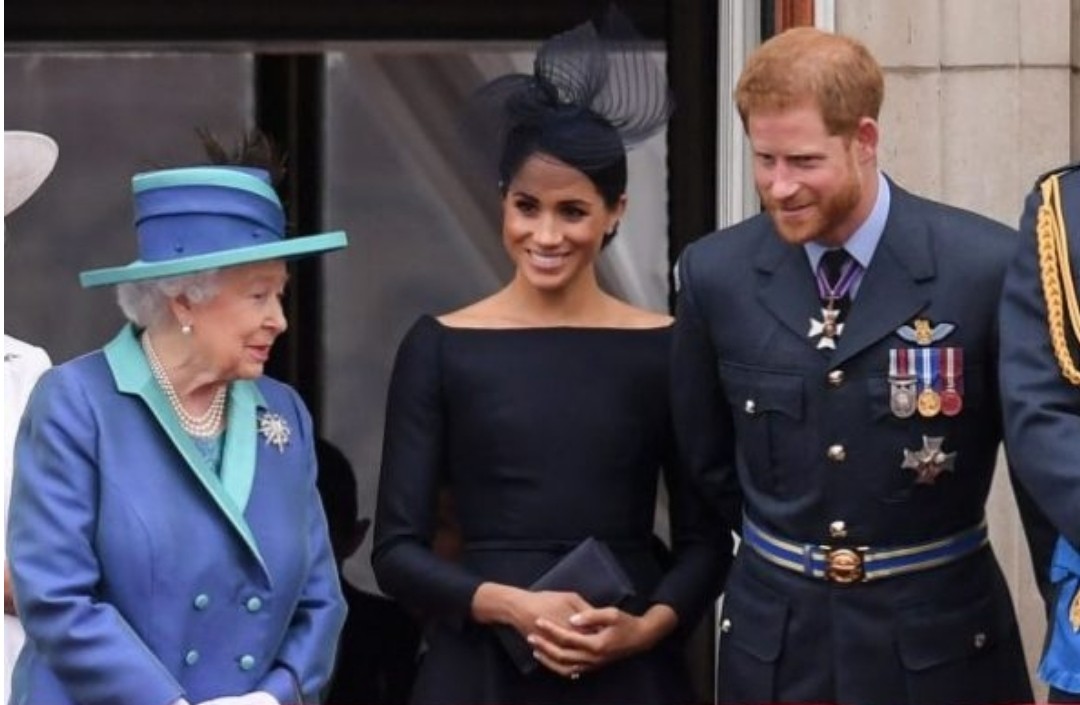 The members of the British royal family have taken to social media to wish Meghan Markle, the Duchess of Sussex, a happy birthday as she turns 39.

The head of the monarchy, Queen Elizabeth, took to the royal family’s official Instagram account to send good wishes.

The celebration is expected to be low key as she now lives in pandemic wracked California, where she moved with her husband, Prince Harry and son Archie early this year.

For the UK Royal family, however, Meghan being out of sight is not out of mind, as the Queen led the tweeting of birthday greetings.

The Royal Family in a tweeted message, accompanied by a balloon and cake emoji, said: “Wishing The Duchess of Sussex a very happy birthday!”

It was shared alongside a photograph of the Queen and Meghan during a visit to Chester in 2018 – the only engagement the former actress performed solo with the Queen during her time with the Royal Family. 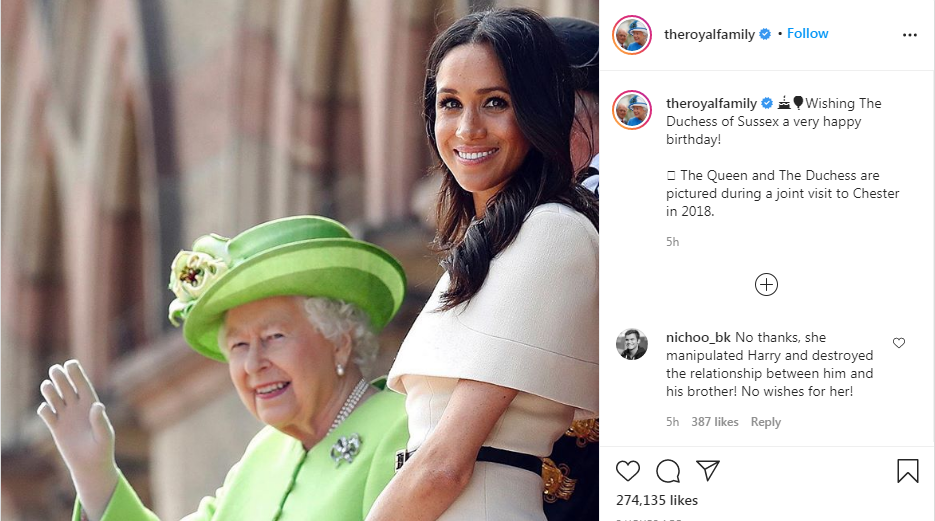 Kate Middleton and Prince William then joined in the well-wishing, with Kensington Palace sharing a photograph of Meghan smiling at a child along with the message: “Wishing a very happy birthday to The Duchess of Sussex today!”

Charles and Camilla’s account, Clarence House, then added: “Happy Birthday to The Duchess of Sussex!” 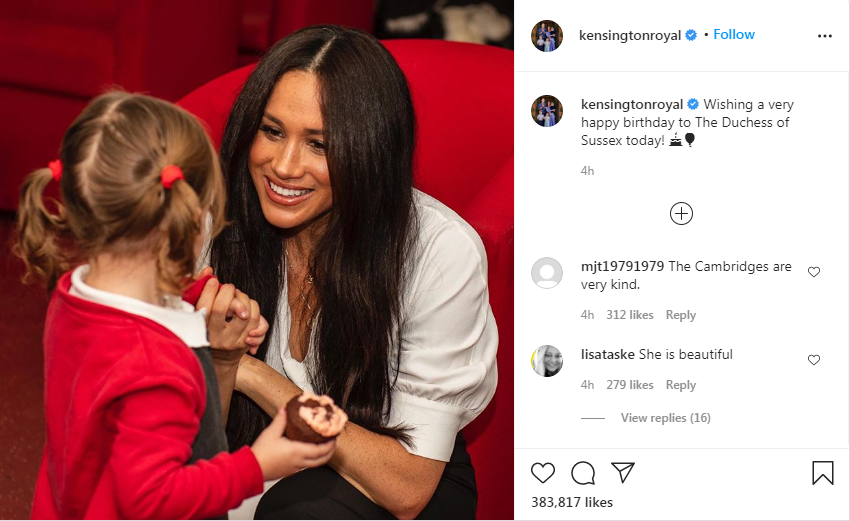 A year ago Meghan was a working member of the British royal family and living in the grounds of Windsor Castle with husband Harry and their son Archie.

The couple, craving personal and financial freedom, moved to America with their 14-month-old son just a few weeks before the coronavirus pandemic shut down the globe, and like everyone else have been living under lockdown.

Meghan shares same birthday with the mum of Queen Elizabeth, the British Red Cross, which clocks 150 today and former U.S. President Barack Obama, who is 59.

Meghan’s birthday comes amid a biography of her and Harry which says Harry believed some of his relatives did not like his American wife, a former actress, and others believed their popularity needed to be reined in.

The couple have distanced themselves from the book.