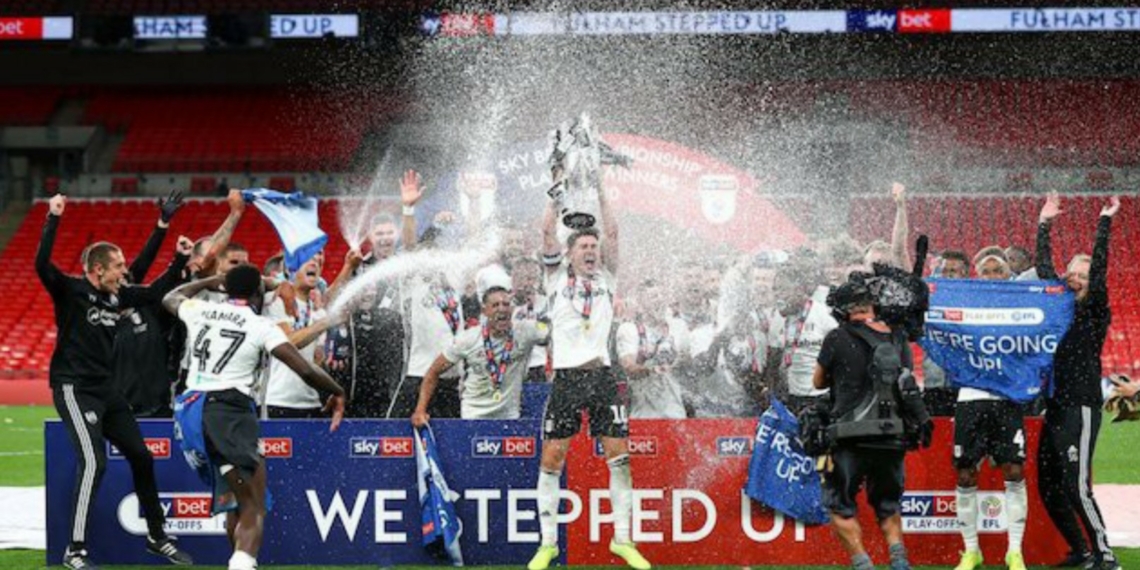 Fulham beat Brentford 2-1 in the Championship play-off final to secure an immediate return to the Premier League thanks to two extra-time goals from Joe Bryan.

The left-back caught Brentford goalkeeper David Raya off guard from 40 yards in the 105th minute of the game at Wembley, with the Spaniard expecting a cross and then unable to scamper back and save Bryan’s skidding low effort.

With Brentford pouring forward in search of an equaliser, Bryan burst forward and combined with Aleksandar Mitrovic before stabbing past Raya to make the game safe with three minutes remaining.

Henrik Dalsgaard pulled a goal back with a header from eight yards out in the fourth minute of added time, but it was too late for the Bees to spark a comeback.

Before Tuesday’s game, since the 1990/1991 season, Brentford have lost in all of their play-off campaigns.

The last time they played in the English top flight was way back in 1947.

With this, Fulham will now join Leeds United and West Bromwich Albion in earning promotion from England’s second tier to the EPL.