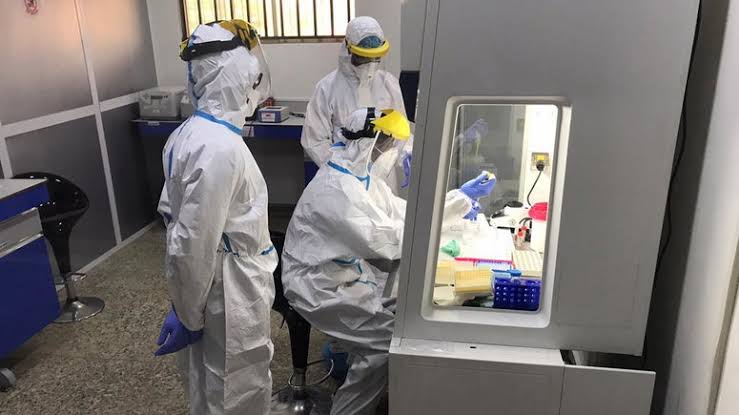 Nigeria on Thursday night recorded 354 new cases of COVID-19, bringing the total number of infections in the country to 45,244.

The Nigeria Centre for Disease Control (NCDC) announced this through its official Twitter handle.

FCT had the highest number of cases with 78 new cases and Lagos recorded 76 new infections. 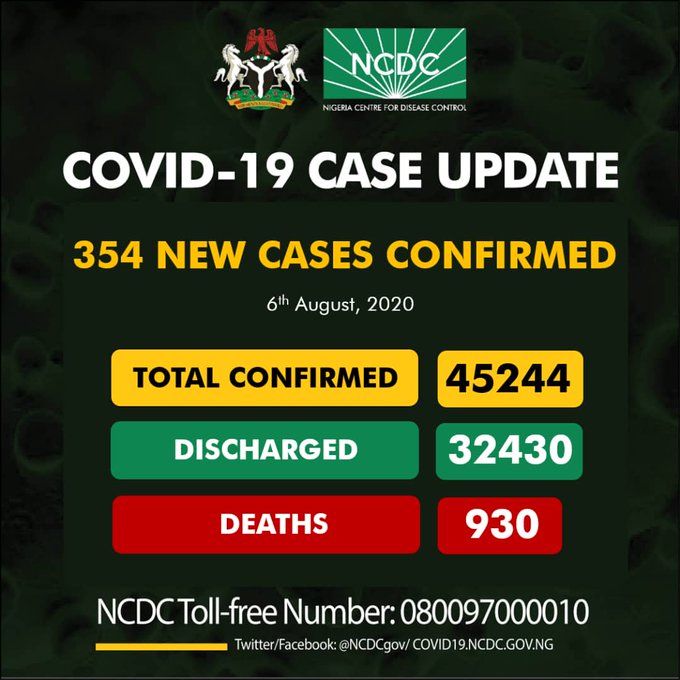 Global Peace Index and Nigeria’s resilience against all odds

Meanwhile, the Federal Government has announced the extension of the second phase of the eased lockdown for another four weeks.

The extension is the third for the second phase.

It was announced by the Secretary to the Government of the Federation (SGF) and Chairman of the Presidential Task Force (PTF) on COVID-19 pandemic during the Task Force’s media briefing in Abuja.

The ongoing second phase was initiated on June 2 but has been extended twice due to observed disregard for prescribed protocols and regulations by the PTF.

Rolling out the components of the way forward in the national response plan approved by President Muhammadu Buhari, the Chairman of the PTF, Mustapha said the Federal Government, through the Task Force, would engage more with the states and council areas to improve community sensitisation.

He said more importantly, the states, as well as the Federal Capital Territory (FCT), would be tasked on the enforcement of non-pharmaceutical interventions, particularly wearing of facemasks in public places.

“After due consideration of the recommendations, Mr. President approved the following: maintaining the current phase of the National Response to COVID-19 for another four weeks in line with the modifications reflected in the Report.

“Partnering with States and Local Governments to improve community sensitisation and engagement to the COVID-19 response; mandating State authorities and the FCT, to enforce non-pharmaceutical guidelines, primarily the use of face masks in public appearance and places;

“Encouraging State Governments to collaborate with Local Government Authorities to intensify necessary measures such as contact tracing, grassroots mobilisation and risk communication; and strengthening of collaboration with other mandate groups at Federal/State levels to harmonise the country’s COVID-19 response, on the short, medium and long-term basis”, he said.