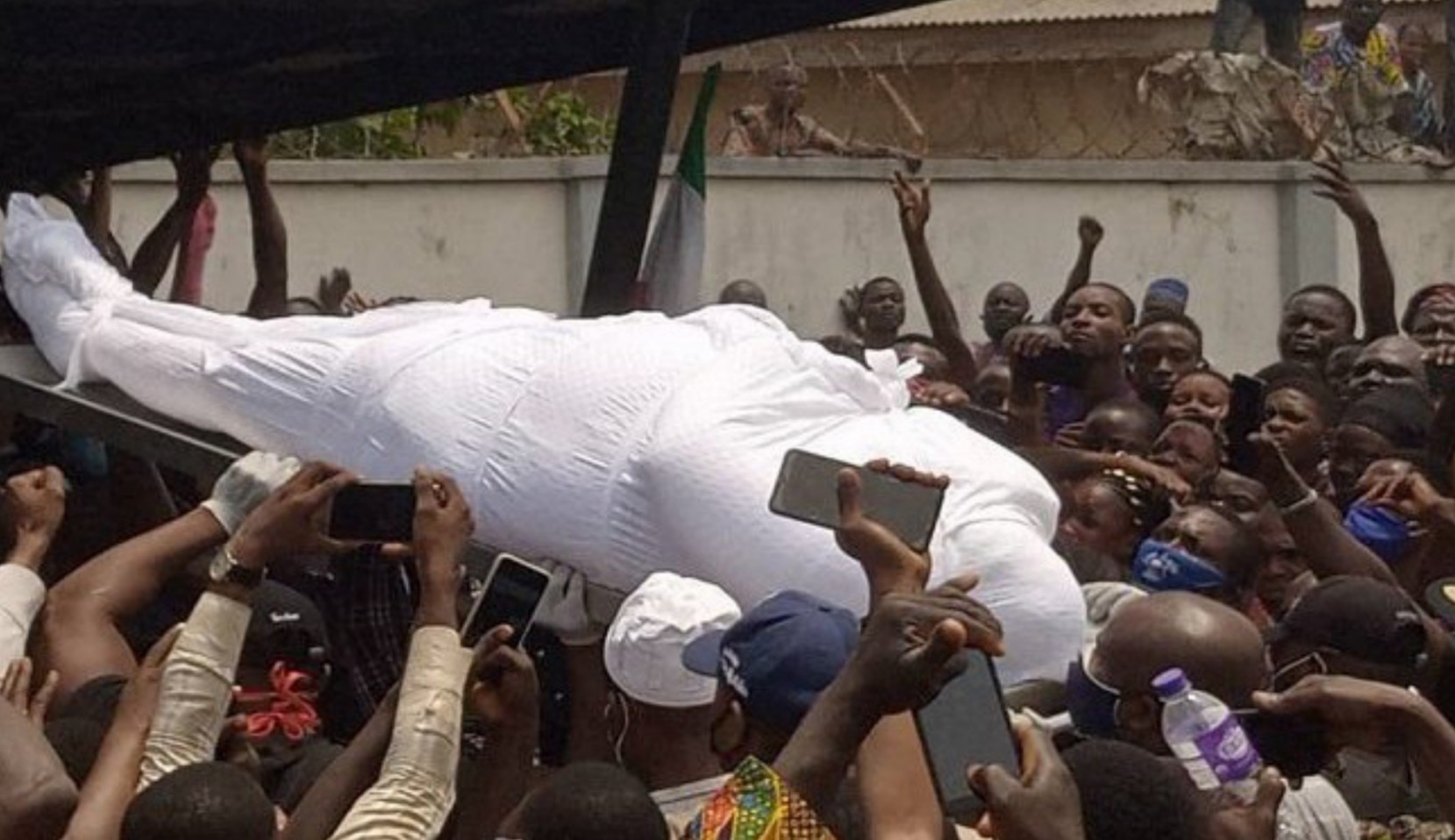 Use of face masks and social distancing rule advised by the World Health Organisation (WHO) and the Nigeria Centre for Disease Control (NCDC) to curb the spread of coronavirus were breached in Ogun state during the burial rites of the late senator and businessman, Buruji Kashamu.

His friend and former colleague at the Senate, Ben Murray-Bruce, confirmed that he was being hospitalised at the facility after contracting COVID-19.

The remains of Kashamu arrived Ijebu-Igbo, his country home for burial on Sunday morning.

After which, Buruji Kashamu remains was laid to rest today in his home town Ijebu Igbo, Ogun state.

While scores of people gathered at his burial place, violating COVID-19 protocols.

Kashamu was the founder of Western Lotto Limited, one of Nigeria’s lottery operators.

He served as the senator representing Ogun East in the eighth National Assembly and for years was wanted in the United States for alleged drug offences. He always denied wrongdoing.

Prominent Nigerians including his political associates and rivals have mourned the exit of Mr Kashamu, wishing him peaceful eternal rest in the world beyond.