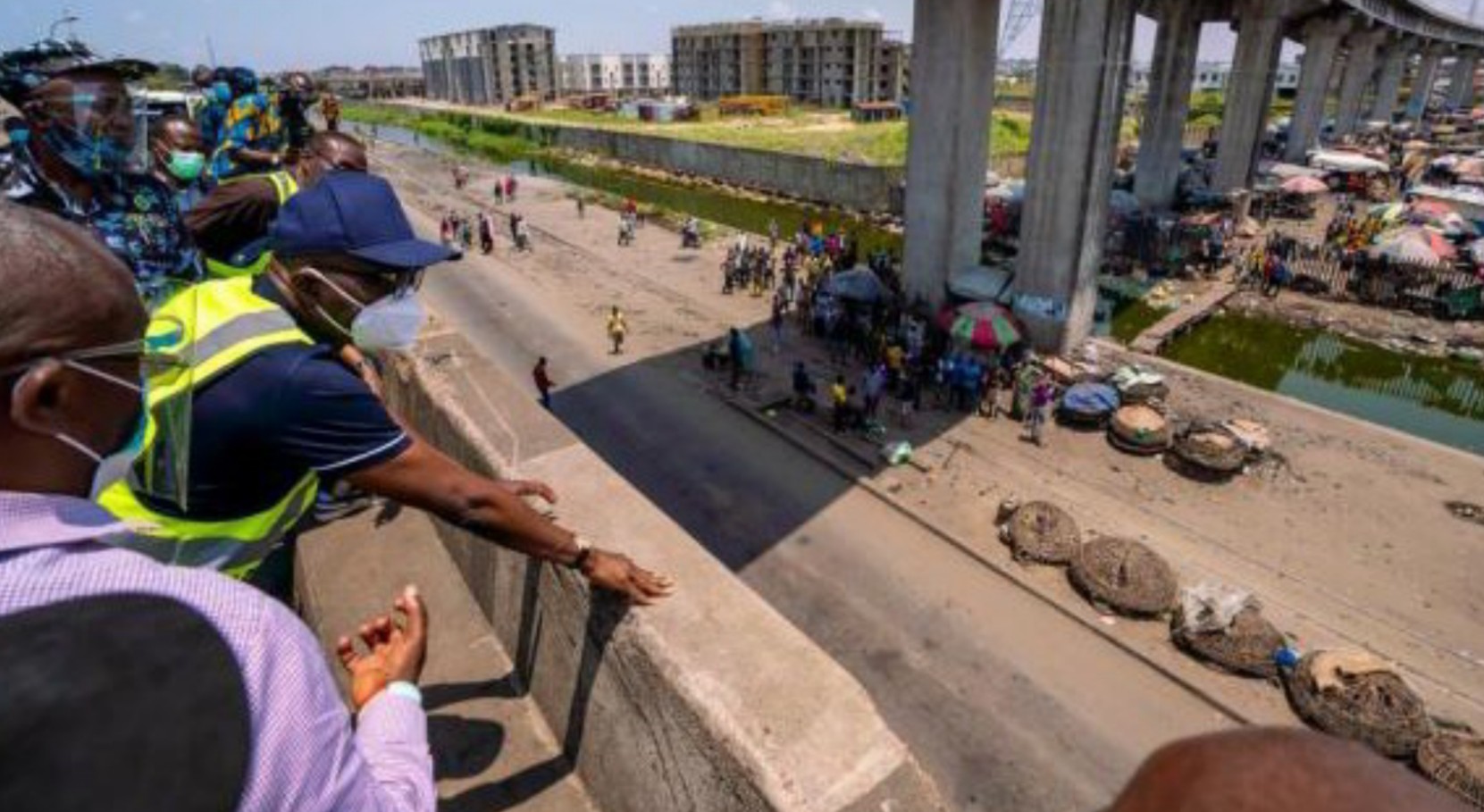 The Lagos State Government says all roads and bridges under construction in Apapa, the nation’s port city, will be completed by October.

Governor Babajide Sanwo-Olu gave the assurance on Sunday during an inspection tour of roads and bridges under construction in Apapa area of Lagos.

Mr Sanwo-Olu said that the traffic gridlocks experienced in the axis would be cleared once the projects were completed.

He said that there was a need to overhaul the entire Apapa road network to improve journey time in and out.

”We need to work in a methodological order and see how we redevelop the whole of Apapa.

I used to be a plumber, says Sanwo-Olu

”The construction going on is expensive because they are all concrete roads, we have Liverpool and Creek roads all completed.

”I understand that by October, all this network of roads will be opened up to traffic,” Sanwo-Olu said.

He said that the state, in collaboration with the Nigerian Ports Authority, was building another port in Lekki, which would be ready in two years time, to ease the pressure on Apapa.

He said that the government was also in discussion with stakeholders and some private owners to create a proper holding bay and with the call system to get trucks out of the way and free the roads for easy movement.

”We need to use this opportunity to appeal to all operators to see how they can formalise themselves in a way in which we can have a better, orderly society.

”Effect of what they are doing is not only affecting the citizens, it is also affecting our way of life.

”People living in this environ are complaining on a daily basis that they are not having the best of time just because the port is here.

”We are working with various stakeholders and need to synergise to understand what their challenges are and how best to address them.

”As a government, we have commitment and a sense of responsibility to our people and must bring about an operation in an efficient system where we do not continue to experience the permanent gridlock that is typical of Apapa.

”We want to also be able to regenerate the improvement of the roads and bring proper life back to Apapa,” Mr Sanwo-Olu said.