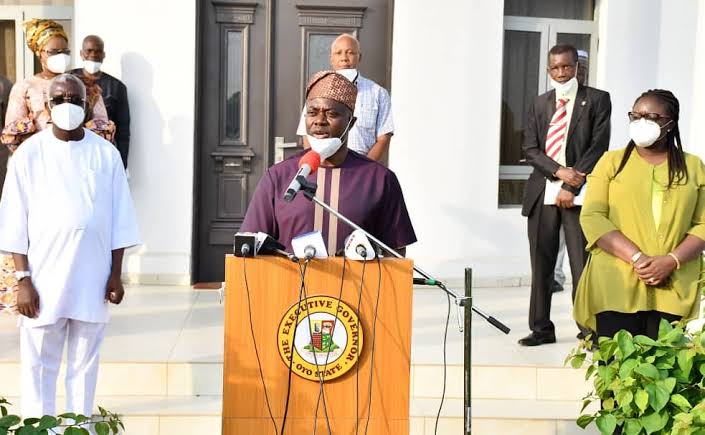 Afonja and Commissioner for Information, Culture and Orientation Dr. Wasiu Olatubosun tested positive to the virus when Governor Seyi Makinde directed members of the State Executive Council to go for the test.

Olatubosun confirmed his recovery on Sunday. Afonja confirmed his on COVID-19 Situation Room, a popular programme on Ibadan-based Fresh FM 105.9 on Monday.

Afonja said he regained freedom after 55 days in isolation, noting that he also received his second negative test Sunday afternoon.

The commissioner said 10 COVID-19 tests were conducted on him, out of which eight were positive and the last two came back negative.

Also on Monday, the state COVID-19 Task Force said part of its success stories in the treatment of patients include the treatment and discharge of a two-year-old and a 95-year-old, who earlier tested positive to the Coronavirus.

This is as the task force also said the state Infectious and Disease Centre, Olodo, Ibadan, where the novel pandemic is being treated, has not recorded any fatality since the facility was put to use.

According to the task force, these feats were achievable because of what it described as ‘holistic approach’ adopted by medical personnel managing the COVID-19 situation.

The approach, the task force said, include ensuring that medical personnel at the isolation centres regularly embark on a comprehensive assessment of patients, proper management of any underlying ailment and robust nutrition and exercise regimen.

The Chief Press Secretary to Makinde, Mr. Taiwo Adisa, who doubles as one of the Risk Communication Coordinators of the task force, said, although 31 deaths have been recorded in the state since the index case of the virus was discovered in March, none of the fatalities took place in the isolation centres set up by the state government.

Olatunbosun also on Monday described the state COVID-19 task force as one of the best in the country in its efforts at curtailing the spread of the disease as well as providing adequate treatment for infected people.

He spoke during a phone-in interview on a radio programme “COVID-19 Situation Room” on Fresh FM.

According to him, the efforts of the task force could not be underestimated in the fight against the dreaded disease as well as providing adequate treatment and support to those infected.

“Let me state categorically that the Oyo State COVID-19 task force is the best in the country in the fight against the dreaded disease as well as providing adequate treatment and support to those infected,” he said.