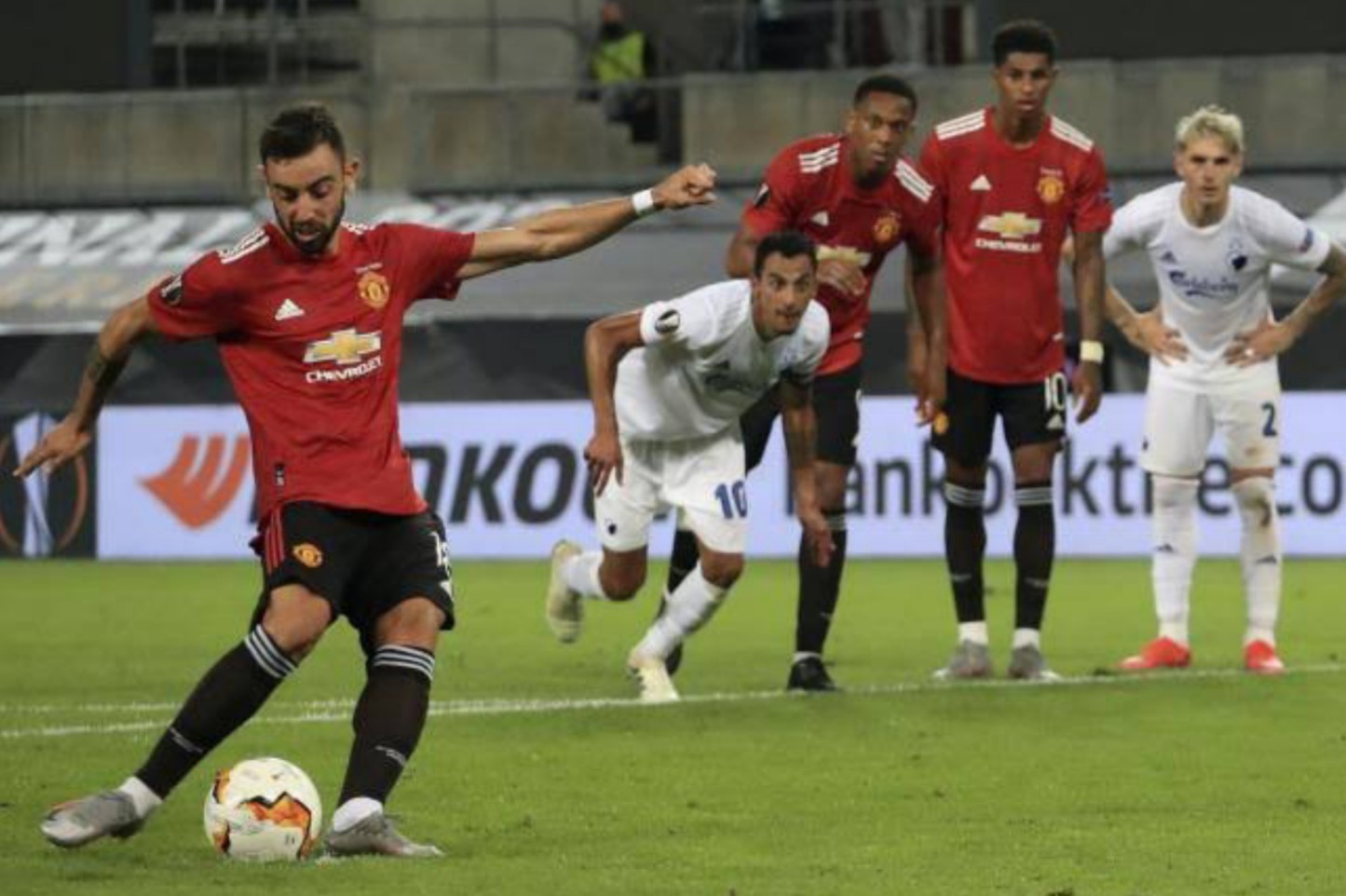 Manchester United and Inter Milan have secured berths in the semifinal of the Europa League.

Both Inter Milan and United missed out on domestic trophies in Italy and England; hence the Europa League is the only remaining silverware in what has been a largely challenging season all thanks to the coronavirus pandemic.

In the Inter versus Leverkusen duel, Antonio Conte’s men did themselves a lot of good racing to a two-goal lead inside 21 minutes.

Kai Havertz who has been linked with a possible transfer to many clubs in England showed why he is in hot demand as he pulled one back for the German team.

While expectations were high for a more explosive second half, there turned to be no more goals but Inter had done just enough to progress to the semi-final.

Elsewhere, Bruno Fernandes scored a penalty in extra time as ‘dull’ Manchester United scraped past FC Copenhagen 1-0 on Monday in the quarter-finals clash.

Mason Greenwood thought he had put United in front late on in the first half but his effort – as well as Marcus Rashford’s effort shortly after the restart were both ruled out for offside.

United have now set up a semi-final clash against Sevilla or Wolves, joining Inter Milan in the last four following the Italian side’s 2-1 victory over Bayer Leverkusen in Dusseldorf.