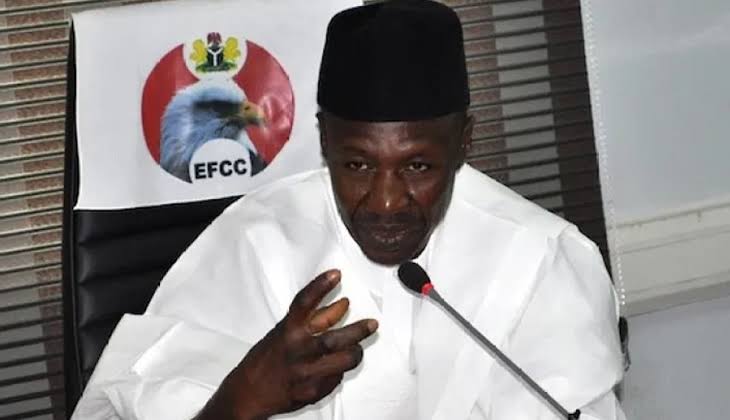 Ibrahim Magu, the suspended acting Chairman of the Economic and Financial Crimes Commission, EFCC, has asked for clarification on the sitting procedure of the Presidential Judicial Commission of Inquiry probing his time in office as head of the anti-graft commission.

The Judicial Commission of Inquiry was set up on July 3, 2020, to probe the activities of EFCC under his leadership.

But, Magu was not invited to appear before the committee until July 6, 2020.

However, a letter by Magu’s lawyer, Wahab Shittu which was addressed to the Chairman of the Commission, Justice Isa Ayo Salami demanded an explanation on the commission’s sitting timeline.

He disclosed that the instrument of appointment signed by President Muhammadu Buhari stated that the commission should conclude its sitting within 45 days.

The suspended EFCC boss, however, stated that he was served the letter on August 8, 2020.

Recall that Buhari had suspended Magu over allegations of mismanagement and corruption.

This followed an indictment against him by the Attorney General of the Federation, Abubakar Malami.

Malami had in a memo accused Magu of corruption, insubordination, re-looting of loots, mismanagement of loots among others.