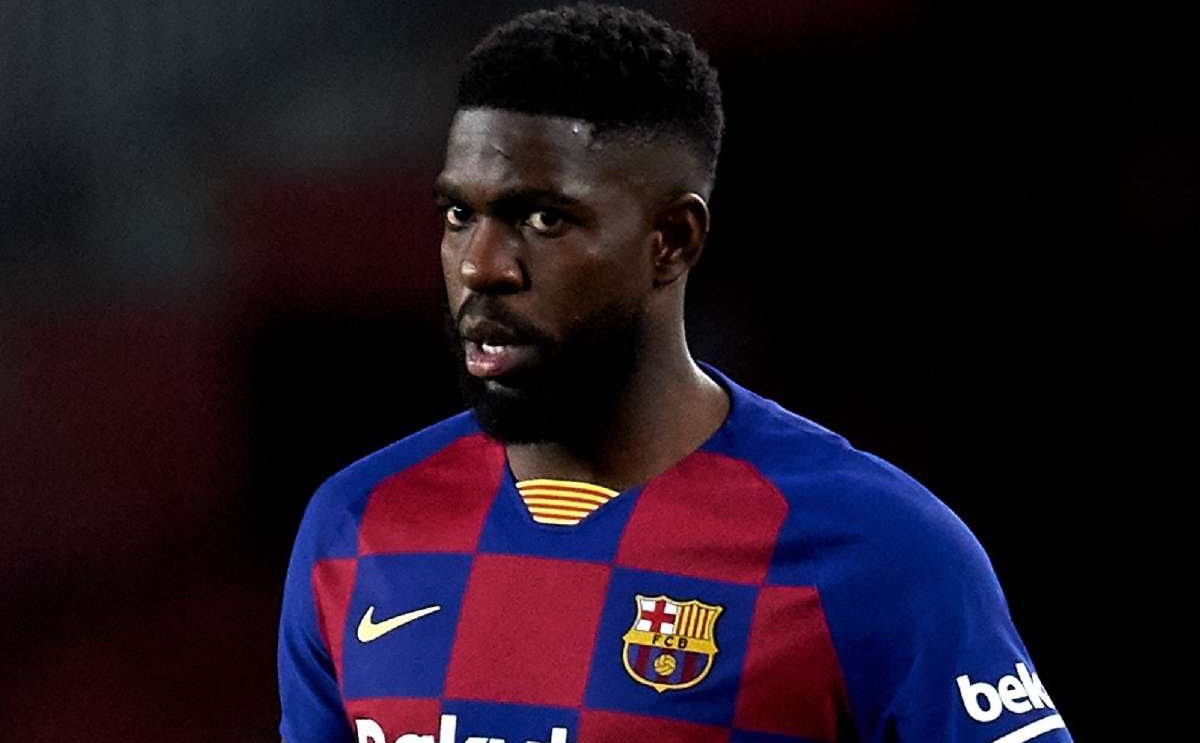 The World Cup winner, according to the club in a statement on Friday, is however asymptomatic.

Umtiti, who has been sidelined with injury, is not with the team, which plays Bayern Munich on Friday in Quarter Finals of the Champion League in Lisbon, Portugal.

A statement by the club reads: “After the PCR tests carried out on Thursday the first team player Samuel Umtiti has tested positive for Covid-19. The player is asymptomatic, is in good health and is isolating at home.

“The Club has informed the relevant sporting and health authorities as well as tracing all the people who have had contact with the player so that they can undergo the corresponding PCR tests.”

Umtiti, 26, is currently recovering from his latest injury setback after once more suffering discomfort in his left knee, which has kept him out of action since July.

And he has now joined fellow defender Jean-Clair Todibo in catching the virus, although without showing any symptoms or health problems.

Umtiti played just 11 Liga games in 2019-20, down from 14 the previous season, and has been linked with a move away from Camp Nou in recent months. Tottenham, who on Friday confirmed the exit of Jan Vertonghen to Benfica, are one of the clubs reportedly interested in his services.