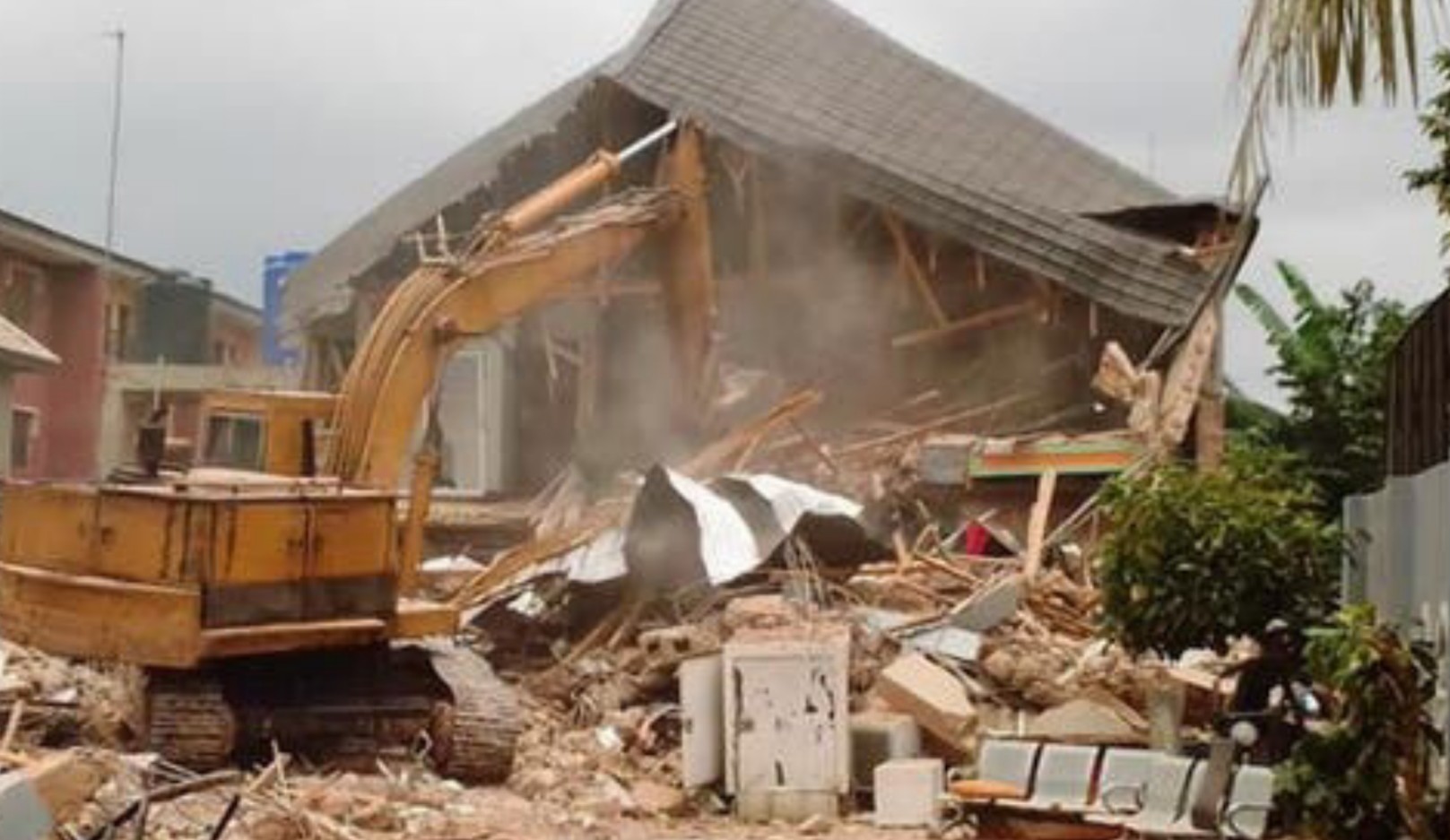 Residence of an Enugu Architect, John Emejulu, who demolished about one kilometre perimeter fence of Akanu Ibiam International Airport Enugu, has been pulled down by the Enugu Capital Territory Development Authority, ECTDA.

At the site to supervise the demolition was the Chairman of ECTDA, Dr Josef Onoh, who said that his agency obtained court order to demolish the duplex.

Onoh said the property stood on water way and needed to give way. He denies that the action was in reprisal to Emejulu’s demolition of the airport fence being constructed as part of the airport rehabilitation.

Emejulu had on Wednesday executed an order of court at the disputed airport land do take back his 400 plots he said he bought from Nike Community in 2008.

Minister for Aviation, Hadi Sirika who visited the airport demolition on Thursday, has threatened to deal with Emejulu for destroying Federation government asset.

Commendations as first commercial flight takes off in Enugu airport

Emejulu is yet to be found after demolition of the airport perimeter fence.