‘I’ve not been myself since’, Husband of pregnant woman killed by police in Ekiti recounts ordeal 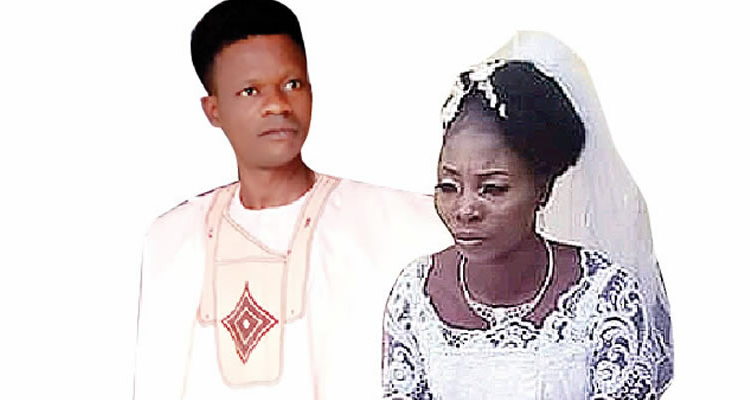 Mr Olusegun Akinjide, husband of late Mrs Kehinde Olusegun, a pregnant woman and mother of two who was killed during the violence that erupted in Ire Ekiti, Oye Council area of Ekiti State, following the cancellation of the Ogun Onire Festival disclosed that he has never had a perfect sleep after his wife’s tragic death.

In an interview with PunchNG, Akinjide disclosed that his wife went out to buy local rice, and it was while she was outside discussing with her seller, who earlier called her to come and buy the rice, that she was shot dead by one of the policemen that the king of the town invited from Ado Ekiti, the state capital, to protect him.

Recounting on the impact of his wife’s demise and the joyous relationship they had together, Akinjide said;

“We dated for 13 years before we got married. We met in secondary school and started our relationship then. But our marriage was made official last year. She would have been 35 this year.

“She was one-month pregnant. She explained to me last week that she had missed her monthly period for upward of three weeks.

“I never imagined something like this could ever happen to me in life. It never occurred to me that my wife could die this way. I never dreamt a calamity like this could befall me.

“I have not been myself since then. I have been contending with memories of her lovely and kind behaviour. She never for once made life unbearable or regrettable for me. Whenever I did whatever she asked me to do, the result was always happiness for me. An instance was when she called me in 2018 that we must build a house. It was the following week that God made a way for the realisation of the project. On completion of the house last year, she told me that we should formalise our wedding and we did it successfully. Even last week, our focus was on the necessary accessories for the finishing of the house. These and other things have been on my mind since she was killed.

“She was fond of helping me, assisting me to work. She was hard-working. I have been reflecting on these and more since she was killed. The result has been tears. I have not recovered. I find it difficult to sleep. It was only on Wednesday that I could sleep for some hours. I have been thinking. I cannot stop thinking about the two children she had for me. I cannot but think of how I will take care of the two children alone without their mother. It is the reverend father of our church who has been consoling me. I don’t know how I will cope without her.

‘I’ve not been myself since’, Husband of pregnant woman killed by police in Ekiti recounts ordeal