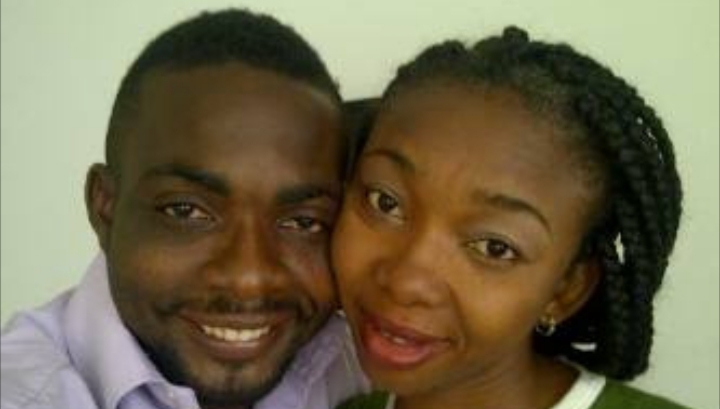 6 years after Nigerian pregnant nurse identified as Justina Ejelonu died after contracting Ebola, her fiance, Dennis Akagha has expressed disappointment at the manner in which her sacrifice and those of others have gone unrecognized.

This was contained in a Twitter thread he shared this morning on his official page.

Dennis said years after her passing, it is as though only one person paid the price to contain the spread of the virus in the country.

Dennis criticised the producers of the movie 93 days that was produced to celebrate the sacrifice of Dr Stella Adadeoh who prevented Liberian man, Patrick Sawyerr, who was the index case of Ebola in Nigeria, from leaving her hospital after she suspected he had the viral disease.

Dennis accused the producers of the movie of removing his late fiance’s surname from the movie after he insisted that they officially write to her family before narrating her story in the movie.

6 years today I found myself in the Ebola Isolation ward after the death of my late finacee (Jusitna Ejelonu) who got infected on the first day of resumption as a nurse with first consultant.

Justina is a very loving soul who wants to see everyone around her smile and happy. We were preparing to finalize our marriage plans and considering she was pregnant at the time, she needed a job closer home.

She got two jobs, one was very close and the other was First Consultant. However, the hospital closer home rejected her because according to their employment policy, they don’t employ pregnant nurses.

First consultant then became our only option and she was gladly employed. She was happy because according to her, she loved the level of professionalism and competence displayed by every members of staff in the hospital.

On the day she was supposed to resume, she started having the usual morning sickness as a pregnant lady and we both agreed to call her office for a latter date of resumption.

After sometime, she said to me “dearie, let me go. I am feeling better now but if it continues, I will come back after my shift; otherwise, I will stay till after my two days shift is over”. I grudgingly agreed which became the worse decision I’ve ever made in my lifetime.

That was how she went to work that day. Coincidentally, the same day Patrick Sawyer arrived First Consultant with Ebola; and he was Justina’s first patient. This was how our ordeal began.

Fast forward to 3weeks later, I struggled to get her to the isolation centre after she had a miscarriage at home. I cleaned her, did all I could do to stop the bleeding all to no avail.

She lost all strength in her but even in her weakness, she was stubborn (something, I admired about her). For those who know her in person will understand what I mean.

She refused going with me to the hospital despite everything I and her cousin who is a medical doctor said to her. I stubbornly arranged for a cab, went to the house, carried her on my back into the cab and we both headed to IDH at about 10-11pm.

My pain is not just because she died a very painful death, but years after her death, it was as if only one person was the reason why Ebola did not spread as much as it could have. Justina sacrificed her own life taking care of Patrick Sawyer on her first day of work.

Also, a nursing maid whose responsibility was to clean Sawyers room died in the process and other persons who haven’t been duly recognised – what a system!

That is the country we find ourselves. A country where people’s rights and benefits are being trampled because they are not from the bloodlines of the who’s who is the society. You’re into dangerous territory in this country if you try to speak up for what you deserve.

In 2015, when I was in India, a lady approached me via LinkedIn that she is an actress and will be playing the role of Justina in the movie, 93-days. She sent me details of the said movie and on the poster, her full names and mine were used. This was without our prior consent.

She requested I tell her what Justina was like; to help her in her role. I promised to help but after much consultation with families, I requested that a formal consent be gotten from her family and of course the director/producers should know how to go about that.

That was the last I heard from her but I realised the premiere of the movie was moved from an earlier scheduled date to a later date. When the movie was finally released, they have removed her surname and mine too from the movie posters.

Of course they thought we needed money but hell no! Whatever is worth is doing, is worth doing well.

We all know that movie was focused on just one person even though they made it look like it was meant to remember the role played by everyone who sacrificed their lives for our dear country, Nigeria.

Justina Obioma Ejelonu and everyone who haven’t been duly recognised took an oath of service, pledged to Nigeria their country, to be faithful, loyal and honest even when their lives were on the line.

They serve Nigeria with all their strength, skill and expertise, defended her from the hands of Ebola but what did they get in return, death, disappointment

I have said this, not once, not twice; that she and others who haven’t been duly recognised, died for a good cause. They sacrificed themselves; they gave up their own interests, happiness, and desires, for the sake of the safety of all Nigerians.