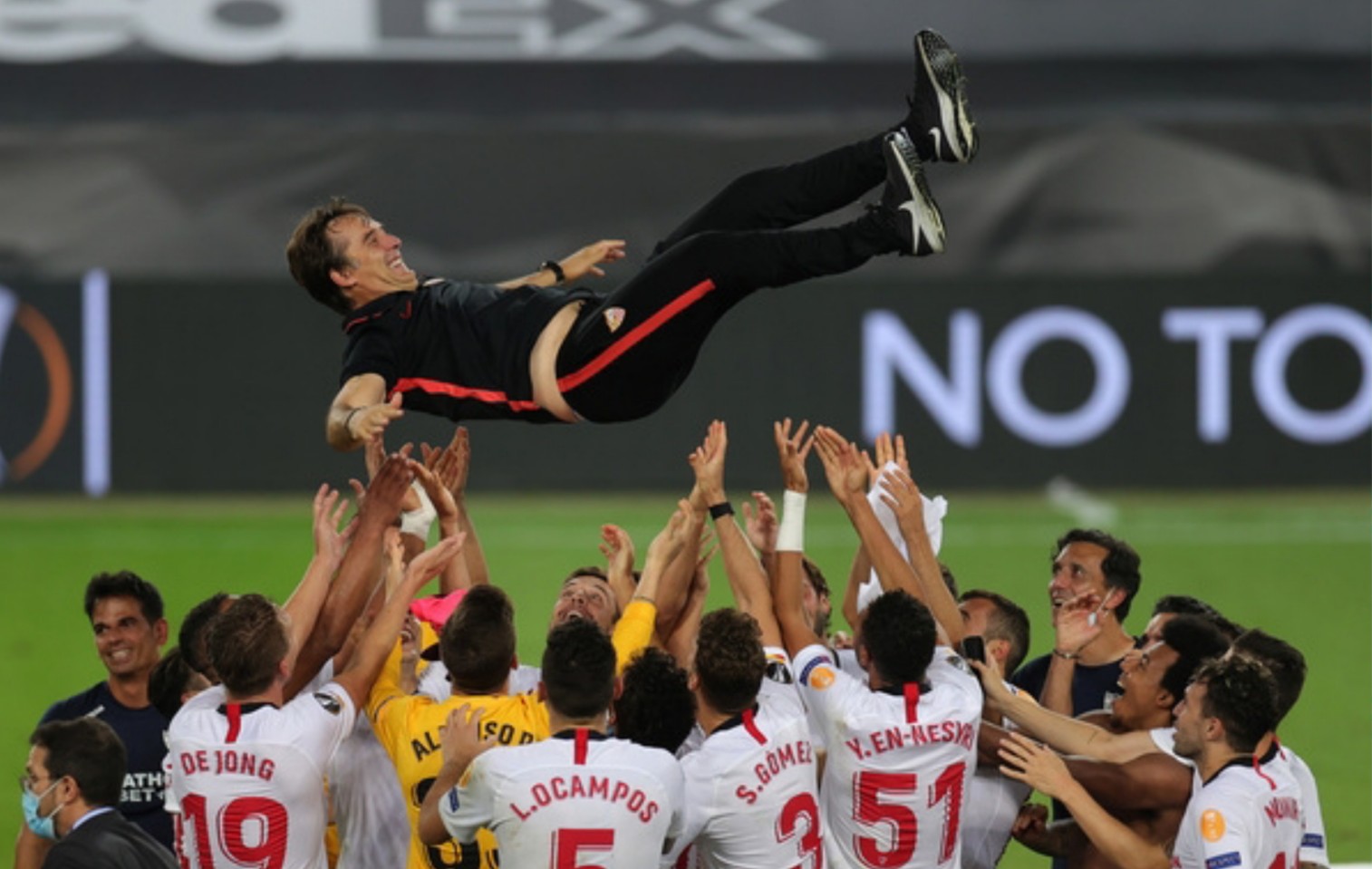 Sevilla are once again Europa League champions. The Spanish club defeated Inter Milan, 3-2, in Friday’s final to wrap up one of the most unprecedented versions of the competition in history. The title marks the sixth time Sevilla have won this title since 2006.

The story of the match focused on Diego Carlos going from zero to hero over the course of 90 minutes. The moments where he was a zero was rugby tackling Romelu Lukaku to give up a penalty in his third consecutive match” which the Belgian converted” and failing to properly mark Diego Godin, who scored Inter’s second goal.

It helped that his teammates were there to equalize each time, the surprise switch of Luuk de Jong into the starting lineup proved to be fruitful with a double on his end — but Diego Carlos was the difference maker in the 74th minute when an overhead effort in the box was deflected into the back of the net.

The heartbreak is not just on Inter as a club, but it surely lands on the shoulders two men in particular: Lukaku, who went from the man who broke the nil-nil deadlock to the man who deflected in the winner for his opponent, and Antonio Conte, a manager for whom a European trophy continues to remain elusive.

Nigeria’s Victor Moses was in action too for Inter Milan but could not help them avoid defeat, as the game ended 3-2 to Sevilla in the Europa League final.