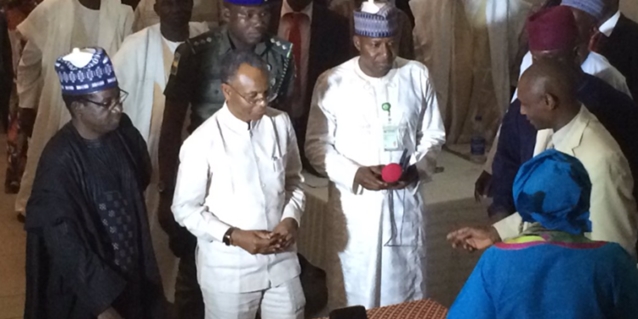 After several deaths, warring communities in Southern Kaduna have agreed to sheath their swords following a peace meeting between Atyap, Fulani and Hausa communities in the area.

Participants at the meeting condemned the killings and destruction that have occurred and resolved to forgive each other, help security agencies with information to arrest and prosecute criminal elements.

The meeting, which was held on Saturday at Mariyamu and Yakubu Event Centre in Ungwan Wakili under the auspices of His Highness, the Agwatyap, Dominic Gambo Yahaya, brought together the three communities in a peace atmosphere.

In a 14-point resolution, the meeting called on all residents of Atyap Chiefdom not to take laws into their hands and instead submit all grievances to lawful authorities.

The communique reads, “The meeting appreciated the fact that all Nigerians have the constitutional or fundamental rights to move and reside anywhere in Nigeria, including Atyap Chiefdom, without any fear, molestation or harassment from anybody or any source whatsoever.

“The summit therefore called on the authorities to facilitate the return of displaced persons.

“It recommended the establishment of a standing peace committee that should comprise of Hausa, Fulani and Atyap and their youth to organise robust engagement/dialogue on security issues from time to time with a view to sustaining peaceful coexistence.”

Meanwhile, President of Southern Kaduna People’s Union, Jonathan Asake, and spokeperson of the group, Luka Binniyat, confirmed the presence of the union at the meeting.

Binniyat, while speaking with SaharaReporters said, “We wish for peace if it is going to bring final peace. If the people have agreed that they have stopped, peace is what we have been yearning for.”