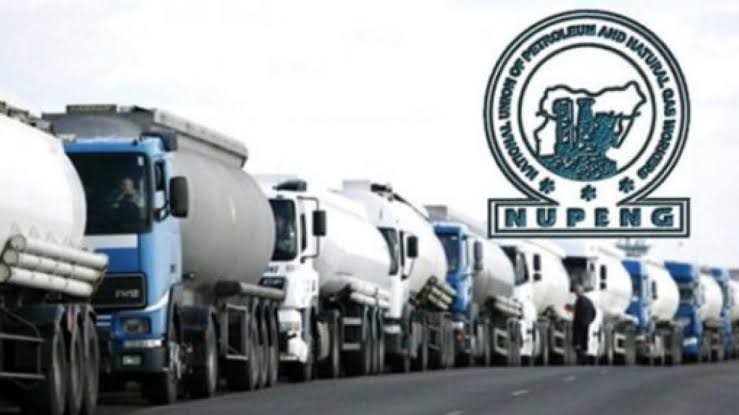 The Nigeria Union of Petroleum and Natural Gas Workers (NUPENG), has said that the seven-day ultimatum given to Chevron Nigeria Ltd (CNL), and its service contractors to recall the 175 sacked contract workers who were sacked through WhatsApp messages was still intact.

NUPENG’s National President, Mr Williams Akporeha, and General Secretary, Mr Afolabi Olawale, made the clarification in a statement on Sunday in Lagos.

Both leaders were reacting to a report which quoted Chevron Nigeria Ltd management as saying that it had engaged the union over the sacked workers.

The body denied meeting with the management of Chevron Nigeria Ltd to dialogue over the sacked workers.

“No such meeting took place; the seven-day ultimatum remains intact.

“The union urges members to ignore the report, continue to be on red alert and mobilise for the impending strike at the expiration of the ultimatum,” the leaders said.

The statement by its President and General Secretary, Prince Williams Akporeha and Afolabi Olawale, respectively, the union said: “The leadership of NUPENG has disassociated itself from a purported report that it held a meeting with Chevron Nigeria Limited management over the seven-day strike ultimatum issued over sacking of some of its members.

“There was no such meeting and, therefore, the strike ultimatum remained intact. The union urges its members nationwide to ignore the report, be on red alert and mobilise for the impending strike action at the expiration of the ultimatum.”

Recall that NUPENG had, last Thursday, issued a seven-day nationwide strike notice over alleged sack of members by Chevron Nigeria Limited and its service contractors on Wednesday through WhatsApp messages.

The union lamented that no fewer than 175 members working in YKISH Integrated Services for the offsite/onsite maintenance services with Chevron Nigeria Limited, Delog Nigeria Ltd. and EUROFLOW Services, (all Service Contractors to Chevron Nigeria Ltd), were sacked through WhatsApp messages to their respective mobile telephones.

The Thursday’s statement read in part: “We wish to emphasise that this lack of respect and sensitivity to Nigerian extant labour law, international conventions and global best practices is gradually becoming the stock in trade for Chevron Nigeria Limited and its various Contractors.

“There are still several other lingering infractions and issues against workers yet to be addressed by Chevron Nigeria Limited and its contractor.

“This is even after several regulatory institutions like Federal Ministry of Labour and Employment, Department of Petroleum Resources and NAPIMS had ruled on these matters.

“These include, among others, illegal deduction of workers’ benefits in BIG SIX contract since the year 2012 and flagrant refusal to refund to the terminated workers the excess deductions made in their meager terminal benefits.”