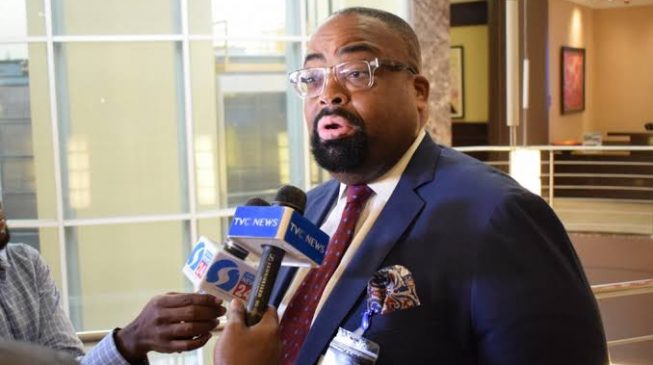 Aggrieved Northern lawyers pull out from NBA over El-Rufai; form a new body

Recall that the Nigerian Bar Association on August 20 withdrew its invitation to Governor El-Rufai to the AGM after some lawyers demanded for it.

The withdrawal was done by the association after some lawyers argued that Governor El-Rufai had over the years abused the rights of people who are under his care.

Members of the Jigawa and Bauchi state chapter of the NBA pulled out of the AGM over the cancellation of the governor’s invite.

In a statement jointly signed by Nuhu Ibrahim and Abdulbasit Suleiman, the new association said recent developments within the NBA have “exposed the inability of the NBA to manage and contain the heterogeneity of its members as well as their various interests”.

The statement in part reads

“Its penal powers has been deployed discriminatively on the basis of ethnicity and regionalism.

As a body of lawyers who have undergone training towards ensuring the promotion and protection of human rights and liberties, the NBA is supposed to live above sentiments, regionalism and discrimination on any basis and of any kind. Therefore, the NBA cannot afford to be seen not to be upholding the rights and freedom of its own members if at all, it should be seen to be practising what it preaches.

The New Nigerian Bar Association have been watching the activities of the NBA, an association we all looked forward to joining with high hopes before being called to the Nigerian Bar, forcing idiosyncrasies of few on the majority of its members, especially in recent times.

No wonder, NBA NEC, which is the highest decision-making organ of the association failed to uphold the fundamental principles of fair hearing which in itself, is the fundamental aspect of Rule of Law, on the allegations against the Executive Governor of Kaduna state, Mallam Nasir Ahmad El-Rufai as were contained in a petition by Chidi Odinkalu Esq. a long time foe of His Excellency and a lawyer of eastern extraction, but the NBA failed to extend the same treatment to Southern invitees who were also petitioned and are also alleged to have committed similar or more human rights abuses than those alleged against Mallam El-Rufai.”

The aggrieved lawyers argued that their interests are no longer taken into consideration in major decisions of the NBA hence the formation of the new association.

“A cursory chronicle of the membership composition of major organs of the NBA would reveal lopsided representation despite having large numbers of lawyers from all parts of the country and especially northern Nigeria who have diligently paid their bar practising fees and have distinguished themselves in the legal profession,” it read.

The New Nigerian Bar Association feel that lawyers, as professionals like doctors and accountants should have more than one association regulated by the general council of the bar.

The legal practitioners’ act (LPA) which regulates the legal profession in Nigeria did not establish the NBA. In fact, the NBA was established as an incorporated trustee by the Corporate Affairs Commission (CAC).

It is no longer gainsaying that a group of lawyers can freely join any lawful association for the protection of their rights and interests as lawyers and citizens of Nigeria pursuant to the above-cited section 40 of the constitution.

Even section 1 of the LPA, which seemingly conscripted all lawyers in Nigeria to mandatory membership of NBA is, for all intents and purposes, at loggerheads with Section 40 of the constitution which makes the former null and void and of no effect whatsoever.”