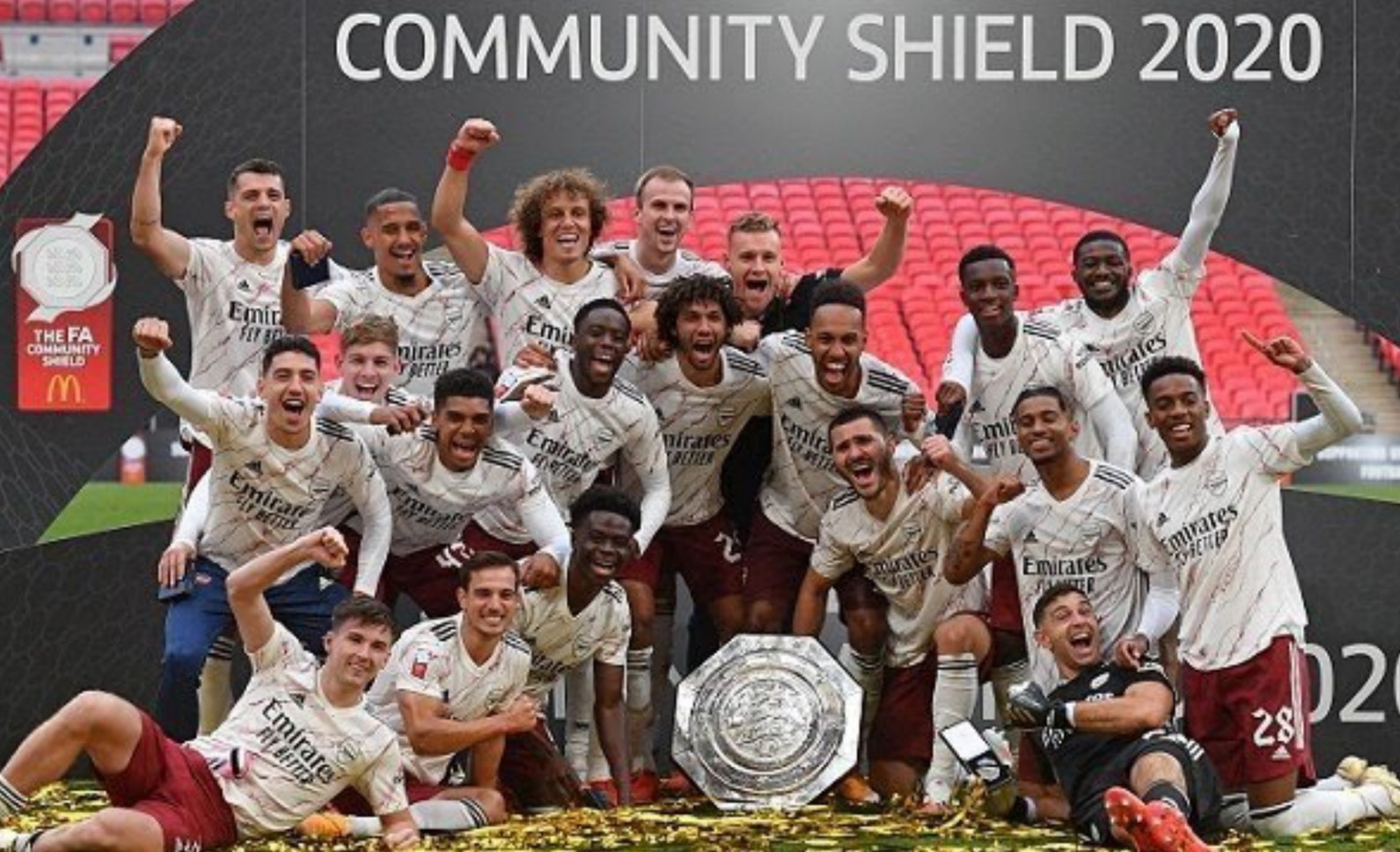 Arsenal have won the English Community Shield after overcoming Liverpool 5-4 on penalties at the Wembley stadium in London on Saturday evening.

In the curtain-raiser to a new English Premiership League (EPL) season, both sides played out a 1-1 draw in regular time, with Pierre Emerick-Aubameyang’s opener canceled out by Takumi Minamino.

Although the win was achieved on penalties, it is the Gunners’ first back-to-back win over the Anfield giants since September 2012.

The defeat also means Liverpool are winless at Wembley since 2012, and have won just one of their last eight matches at England’s national treasure.

Liverpool started the brighter side and had a goal disallowed, with Virgil van Dijk’s header from Andy Ribertson’s free-kick ruled out by VAR for offside.

Arsenal, however, took the initiative on 13 minutes. Aubameyang, the Gunners captain, picked up the ball in Liverpool’s half and bent in a curler past Alisson Becker from outside the area for his fifth goal at Wembley in three matches.

Jurgen Klopp’s men kept giving the ball away but Arsenal could not capitalize further, with Eddie Nketiah’s shot easily saved by Alisson.

Liverpool rallied towards the end of the half but could not find the killer ball and Arsenal went into halftime with their lead intact.

Mikel Arteta’s side controlled possession at the start of the second period but the Reds had the first opportunity, with Roberto Firmino curling just wide from the edge of the box.

Saido Mane went a step further with a shot on target, latching on Robertson’s ball from deep but he was denied by the onrushing Emilio Martinez, Arsenal goalkeeper.

Arsenal’s resilience was finally broken on 73 minutes through Minamino, the Japanese signed in January. Much of the hard work was done by Mohammed Salah, whose surging run into the heart of defence forced the ball at the feet of Minamino, who applied the finish for 1-1.

It was all Liverpool after the goal and Martinez again denied Sane at point-blank range. Nelson and Robertson could have won the game for their sides in regular time but both headed wide, and the game went into penalty shootout.

Brewster, a youngster, hit the bar with Liverpool’s third kick while Arsenal converted all five of theirs, with Aubameyang scoring the final kick and lifting the Shield for Arsenal’s second triumph at Wembley within the month.