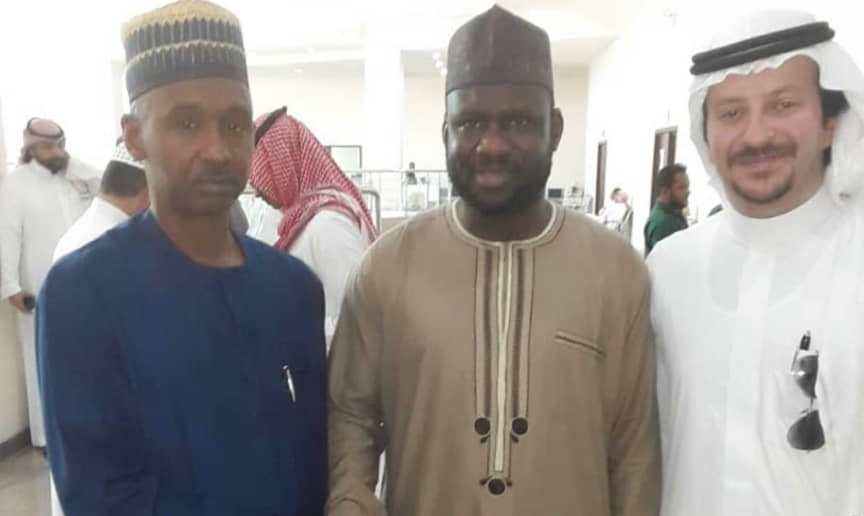 Ibrahim Ibrahim, a Gusau-based cleric who was detained in Saudi Arabia over drug trafficking charges has been freed by the authorities.

The cleric, Ibrahim was recieved with wild jubilation by his relatives and well wishers after he arrived home.

WITHIN NIGERIA learnt that the cleric, Alaramma Ibrahim Ibrahim spent more than three years in detention in the Kingdom of Saudi Arabia after he was framed up that he trafficked drugs to the holy land.

It was also learnt that Ibrahim who is a Qur’anic memorizer was discharged and acquitted by two Saudi courts.

Recall that Governor Bello Matawalle had intervened in the matter by hiring competent defence counsels for the cleric.

Reports revealed that the cleric, Ibrahim Ibrahim arrived Murtala Mohammed Airport, Lagos at 12:30 am on Tuesday and was received by the visibly happy Governor Bello Muhammad Matawalle at government house in Gusau, the state capital.

Speaking at the government house, Ibrahim Ibrahim was short of words to express his joy and appreciation over his release by Saudi authorities.

Reacting to the development, Governor Bello Muhammad Matawalle warned those travelling to Saudi Arabia to always be very careful and vigilant with their luggage as agents of the devil are within the corner to plant drugs on unsuspecting travellers.

The freed cleric was later appointed as Senior Special Assistant by the governor.