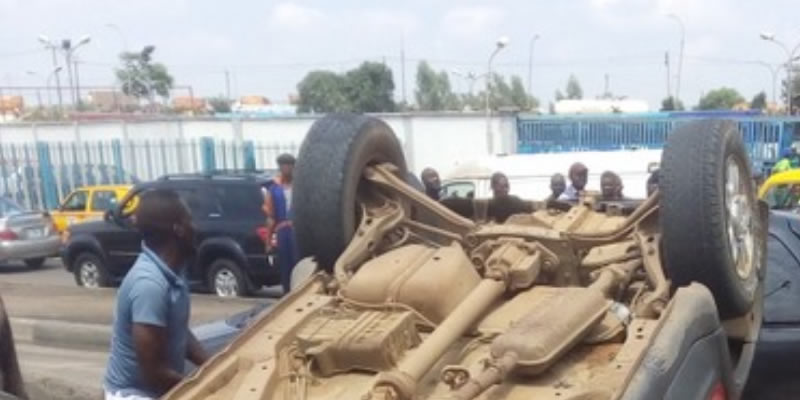 A ghastly accident that happened on Monday afternoon at Gubi Gari village, along Bauchi-Kano highway in Bauchi State has claimed the life of two personnel of the Nigerian Air Force, leaving one other personnel critically injured.

WITHIN NIGERIA learnt that three Air Force personnel, who were driving in a Volkswagen Golf car and another Ford Galaxy carrying six passengers were involved in the fatal accident.

According to reports, the aftermath impact of the accident was much to a extent the Volkswagen Golf the Air Force personnel were driving in was divided into two parts.

The Sector Commander, Federal Road Safety Corps, Yusuf Abdullahi, has confirmed the incident, one of the personnel was said to have died instantly, while the second victim died after he was taken to the Air Force Hospital and was receiving treatment.

The third personnel was said to be currently receiving treatment at the same hospital.