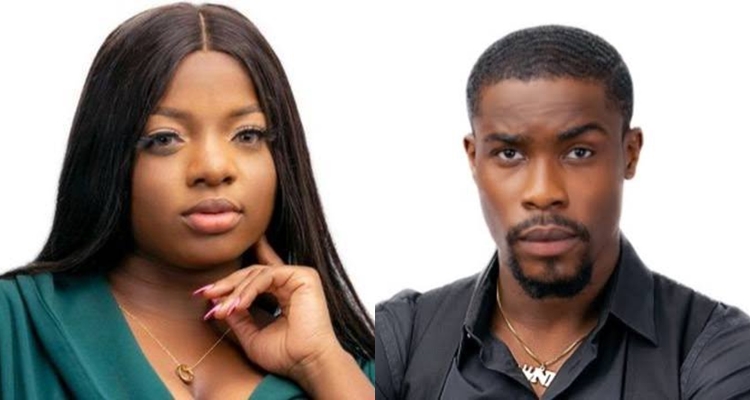 BBNaija: “You Will Be Evicted Next Week” – Dorathy Tells Neo (Video)

As BBNaija season 5 housemates anticipate the next eviction show, Dorathy Bachor has gone spiritual and prophesied that her fellow housemate, Neo, will be evicted from the house next week.

She said this playfully while trying to get Neo confess after he denied having anything to do with the missing pillows and duvets in the house.

Recall that yesterday, Neo in collaboration with Ozo, Nengi and Vee, pranked housemates by hiding all pillows and duvets in the house.

So, while housemates sat to interrogate each other and track down who could have possibly carried out the “smooth” pillow and duvet heist, Dorathy mentioned Neo who denied immediately.

All attempts to get him to confess failed which made her prophesy that he will be evicted from the house next week for lying.

‘Unbothered’ Neo simply replied her saying “my dear, my fate is not in your hands”