Following the nasty fight between BBnaija 2020 housemate, Erica and Laycon, popular Nigerian celebrities who are lovers of the reality show, took to social media to react.

Although many people think its just a game, but Laycon appears to have gained more fans following the incident that transpired between him and fellow housemate, Erica, after the Saturday night party. The BBNaija had maintained his cool after he was verbally attacked by Erica for refusing to address claims he made about her some days ago. 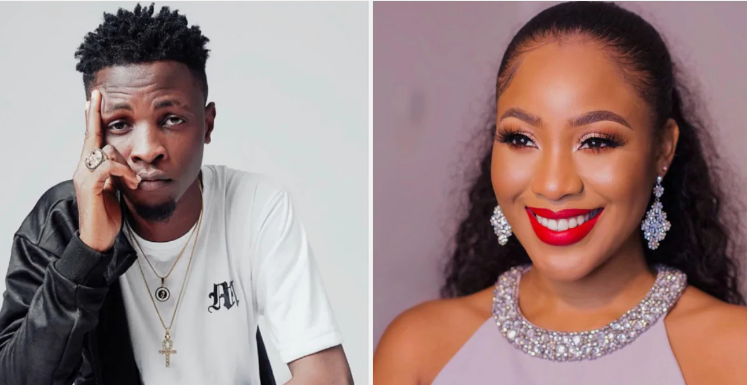 These celebrities think Erica went too far and her outburst was unnecessary. Read some of their comments below;

Nollywood actress, Beverly Naya tweeted “Haven’t really followed this season of Big Brother but from what I’ve observed, Laycon is probably the only one playing the game, his silence during that argument is most likely what will give him the money. Gaslighting 101! I wish Erica didn’t take the bait.
In another tweet, the dark skinned actress wrote “People who gaslight <<<< Toxic energy! ”

Here are 7 Nigerian Celebs who are probably celebrating Valentine…

Nollywood actress Kemi Lala-Akindoju said: “Let’s always keep the same energy abeg. If we are getting to a point where we speak up against things that men have done to women let’s do the same thing when a woman does it to a man. What if he has been called those names as a child and through school and he gets triggered”

Ex-BBNaija housemate Nina Ivy while declaring support for Laycon said: “Sorry my loves if i ain’t supporting your fav but that doesn’t mean I dislike them, nah , they are all very unique but you all should also remember that BBN is a game and there can only be one winner, and I hate it when anyone is ever looked down on, it hurts me differently.”

If only Erica knows she is talking to someone that is boosting her career.

May alcohol not let us insult our helper. 🙏