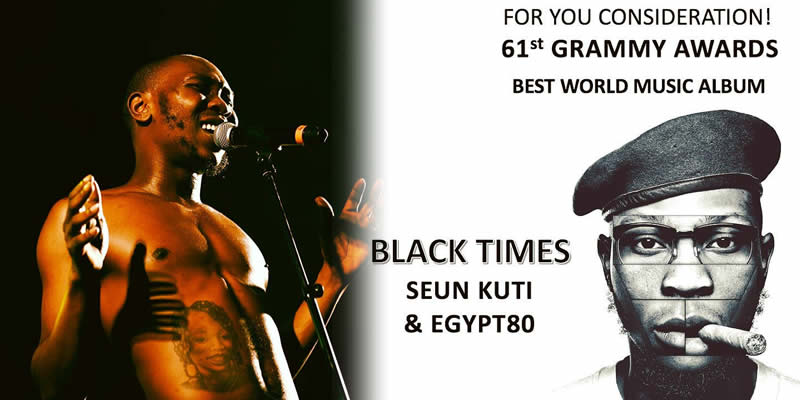 Afrobeat singer, Seun Kuti, and son of Afrobeat legend Fela Kuti, has been nominated for the 61st Grammy Awards. Seun Kuti shared the news on his Twitter handle on Saturday.

He revealed his album, Black Times, has been nominated in the Best World Music Award Category. Femi Kuti, Seun’s older brother, has also in the recent past been nominated for the Grammy awards.

The 61st Grammy Award is scheduled to hold in February 2019.

You may also like;  My father’s spirit is not with you, Seun Kuti reacts to Kanye West’s claims