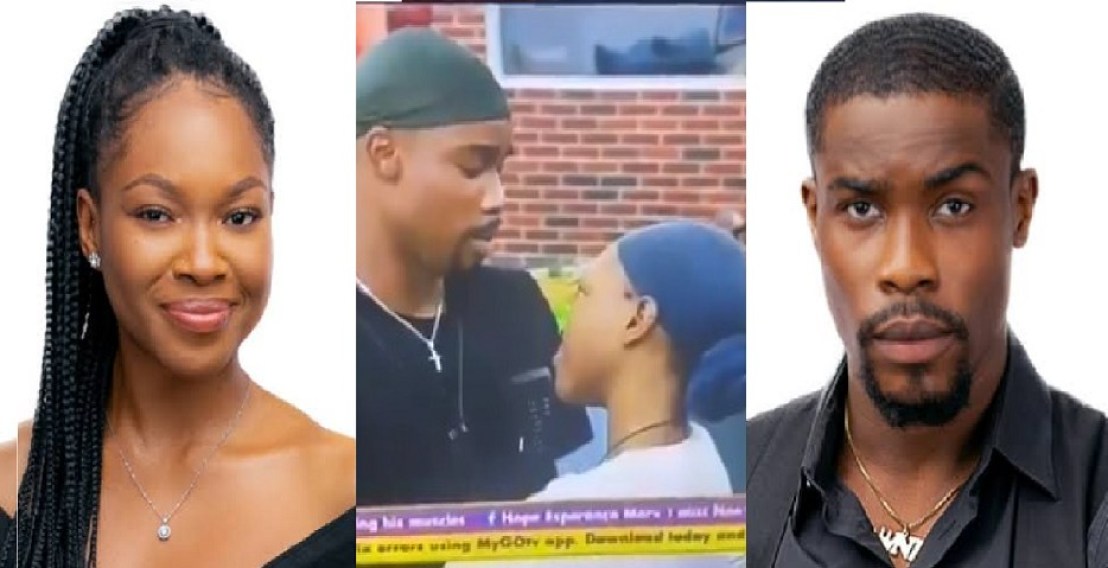 #BBNaijaLockdown: I’ll do anything to have you back – Neo begs Vee

Big Brother Naija ‘lockdown’ housemate, Neo has declared his intentions to settle the differences in his relationship with fellow housemate Vee.

Vee and Neo had a heated argument that led to them breaking up their relationship for the umpteenth time on Saturday night.

The misunderstanding earned Neo a final strong warning from Big Brother after he was found guilty of trying to restrain Vee therefore escalating the situation.

Neo had a conversation with her about settling their differences and getting back into the relationship but she stood her ground and insisted they should remain friends till they leave the Big Brother house.

However, Neo was not convinced on decision and was not willing to give up on her so easily without putting more pressure on her.

“Please I need you back, I’ll do anything to have you back as my girlfriend.

“I miss you asking me to do things for you, I miss us.”

She immediately ignored him and stood up to fry plantain in the kitchen.

It all started when Vee on Sunday, told Neo that she is no longer interested in having a romantic relationship with him.

She stated this after Neo offered a long, sober apology to her, following some games in the garden.

“I don’t think I want to do this anymore.

“We can be friends, but I think we can properly figure this out when we are out of here.

“Because I can’t imagine my family watching someone I care about treat me that way,” she said.

Vee is one of the housemates up for eviction this Sunday.

Vee, 23, is a musician based in Lagos, Nigeria although she was born and raised in London, she moved to Lagos almost a year ago to begin her music career where she has already made great strides.