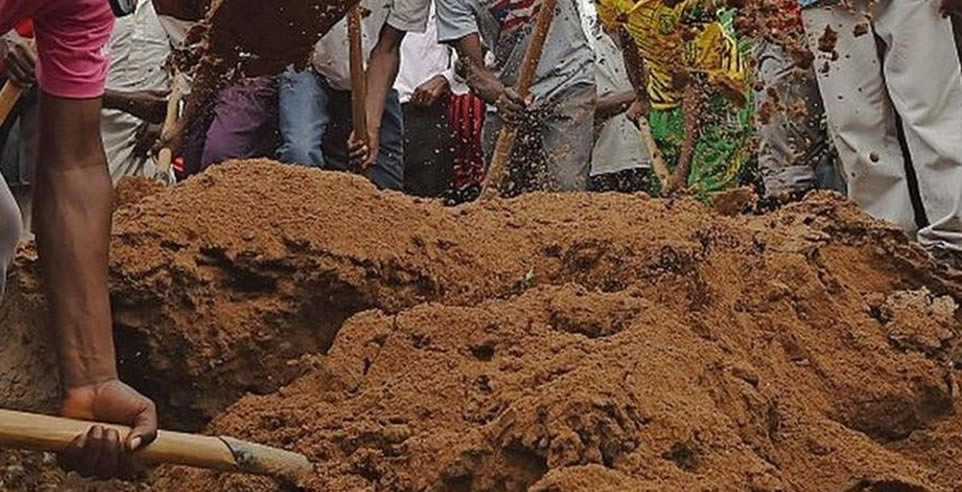 A relative with the support of some yet-to-be identified people has allegedly killed a native doctor and philanthropist in Okija, Ihiala local government area of Anambra State, Mr. Henry Okam, popularly known as Chinyereze and allegedly buried in a shallow grave.

WITHIN NIGERIA learnt that the police have already recovered the decomposed body in the shallow grave at Ihiala.

Following the death of the native doctor, youths in the community reportedly stormed the market square in the town, demanding justice.

The PPRO stated that following intensive manhunt and actionable intelligence, police operatives attached to the Command Special Anti Robbery Squad(SARS) arrested members of a syndicate allegedly responsible for the killing.

Those arrested were Obasi Faith Ezinne, 23, from Mbaitolu in Imo State, Ntomchukwu Anabaraonye, 33, from Okija and Abuchi Obinna, 26, from Ihiala.

According to the PPRO, “the suspects had on the 30/8/2020 allegedly abducted one Henry Okam ‘m’ aged 34years of Okija in Ihiala LGA of Anambra State.

“They also killed the victim with a pomp action gun and subsequently buried him in a shallow grave.

” The suspects, who voluntarily confessed to the crime, took operatives to a thick forest in Ihiala where the decomposing body of the victim was exhumed and recovered and taken to the mortuary for autopsy after it was certified dead by a medical doctor.

“The pomp action used by the suspects in perpetrating the heinous crime, including the victim’s phones, were also recovered in their possession and registered as exhibits.