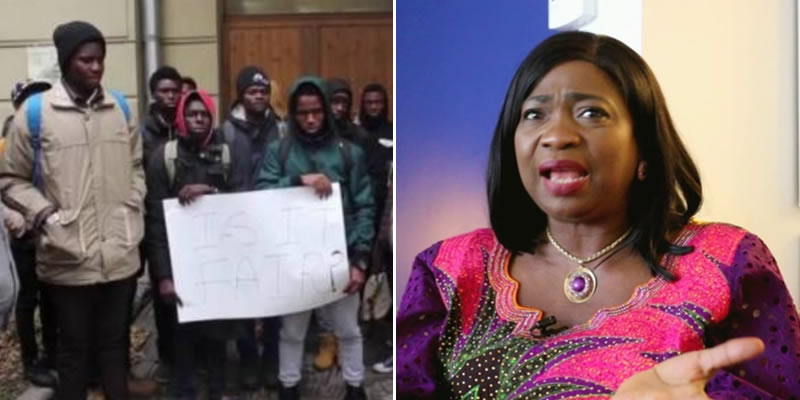 The Turkish Republic of Northern Cyprus has dismissed the claim that hundreds of Nigerian students had been killed in the country.

Recall that the chairman of the Nigerians in Diaspora Commission (NIDCOM), Abike Dabiri-Erewa had warned parents against sending their children to universities in Northern Cyprus.

Abike Dabiri-Erewa further alleged that hundreds of Nigerian students were killed in that country mysteriously without any conclusive investigations carried out.

Reacting to the claim, the Northern Cyprus’ Minister of National Education and Culture, Nazim Cavusoglu, in a statement described it as “unfounded and false”.

Cavusoglu stated: “It’s a great injustice and a serious mistake to make such a false and misleading news and attribute it to the TRNC.

JUST IN: Abike Dabiri-Erewa distance self from tweet announcing…

“As the Ministry of National Education and Culture of the Turkish Republic of Northern Cyprus, on behalf of our hospitable and student-friendly community, we reject these accusations and invite the relevant parties to make more serious and consistent news.”