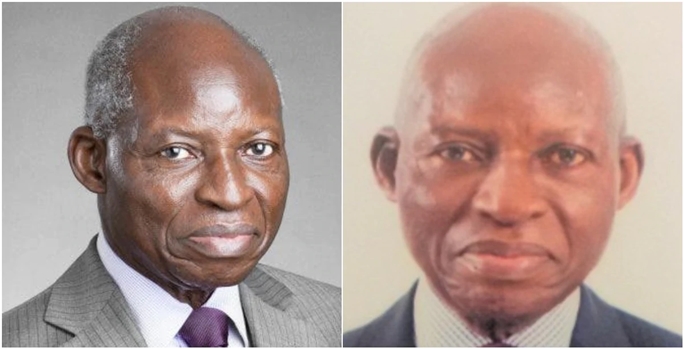 A Nigerian man, Dr Olufemi Lalude who was the first Managing Director of Shell Nigeria Exploration and Production Company (SNEPCO)  is finally reaping the rewards for honesty as he has been awarded for being a man of integrity.

Recall that Olufemi Lalude rejected $6 million bribe that an organisation offered him.

On Wednesday, September 9, Lalude was honoured by the Akinjide Adeosun Foundation (AAF).

It was gathered that the foundation conferred on Lalude its 2020 Leadership Award during the AAF 5th annual colloquium The foundation said the recognition of Lalude was in line with its core mandate, adding that the latter is a man of integrity.

The 81-year-old man was also praised by the foundation for refusing to be cowed when the organisation that offered him the bribe moved against him.

The foundation wrote: “Today, Papa at 81 is living a peaceful, joyous and fulfilled contented life. We are celebrating him today. He began his career with integrity as his legacy in mind.” According to the foundation, there are many good people in Nigeria that need to be celebrated so as to change the perception that all Nigerians are bad.