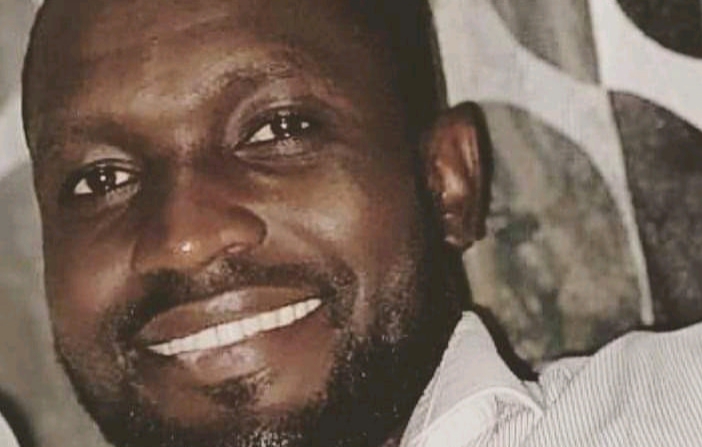 Tragedy as phone thief stabs physiotherapist to death in Kano

The demise of the physiotherapist, Tijjani was confirmed by his aunt and Deutsche Welle reporter, Zainab Rabo Ringim via a Facebook post.

The Deutsche Welle reporter told newsmen that the incident occurred at about 8:00pm on Thursday September 10.

My son, my nephew ,Atiku Tijjani Shuaibu Rabo Ringim was killed by unknown persons in kano yesterday night ,they killed him ,yes they killed him. Trying to snatch his smart phone by force

My peace loving nephew is no more.. 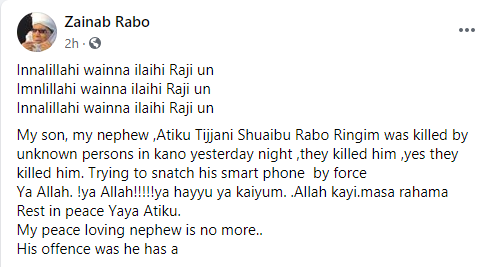