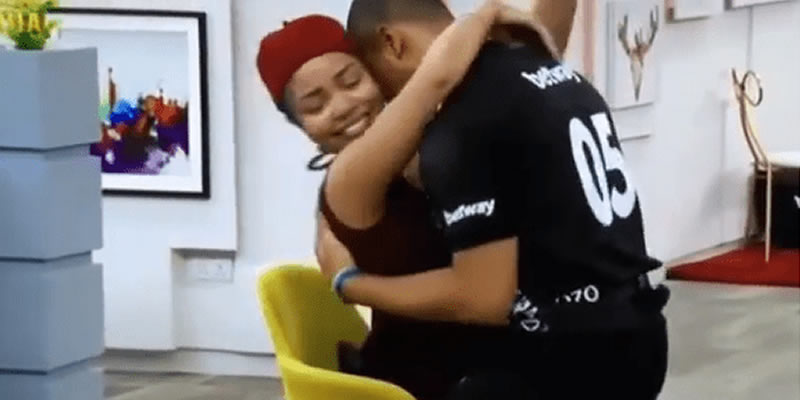 The relationship between BBNaija housemates, Ozo and Nengi has got lovers of the reality show talking because of how both of them seem to be inseparable. The housemates who claim to be just friends are always seen in the house together and Ozo especially would do anything to spend every second of the day with Nengi.

Ozo’s over protection of Nengi has earned him lots of negative comments from people who are not very pleased with all he does for the 22 year old. His sister, has decided to speak in his defence, following the backlash he is getting online for his relationship with Nengi.

According to Ozo’s sister, Ugy, the first class graduate grew up among his sisters and mum which is why he has always been driven by care, concern and compassion, hence the reason why she cares so much about Nengi. She, however, noted that for housemates in Big Brother’s house, it is a completely different experience. According to her explanation, the reasons why some of the housemates do not have complete control over their emotions in the house. Ugy explained that Ozo grew up among his sisters and mother which is why he appears the way he does.