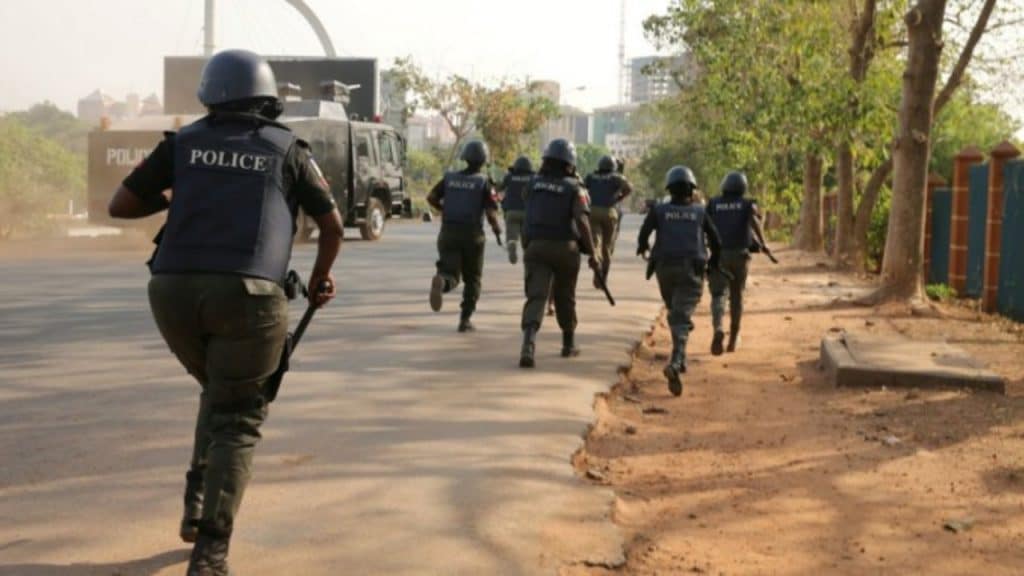 Four persons have been arrested by the men of the Nigeria Police Force, Abia state Command in connection with the killing of a police inspector, Princewill Divine.

The state’s Commissioner of Police, Mrs Janet Agbede disclosed this while briefing newsmen in Umuahia on Friday, NAN reports.

Agbede said the late Divine was among the five Police Mobile Force personnel attached to 28 and 55 squadrons, attacked on September 7, at Okagwe Junction, Ohafia.

She said the policemen were attacked by about 30 yet-to-be-identified gunmen at a bus stop pavilion located at the nip point where they were taking shelter during heavy rainfall.

“The criminals, armed with guns, machetes and other dangerous weapons, unexpectedly shot at the policemen and cruelly used machetes on the policemen who in-turn retaliated.

“One of the policemen, Inspector Princewill Divine, died instantly, another had his wrist cut off, while others were left with varying degrees of injury,” she said.

She also said the culprits who might have sustained bullet wounds, carted away three AK47 rifles with some ammunition.

According to her, the four persons arrested in connection with the incident were helping in the investigation to ensure further arrests and recovery of police firearms.

She, however, appealed to medical and trado-medical practitioners within and outside the state to report any person seen or presented with bullet wound(s) to the police or any nearest security agency.