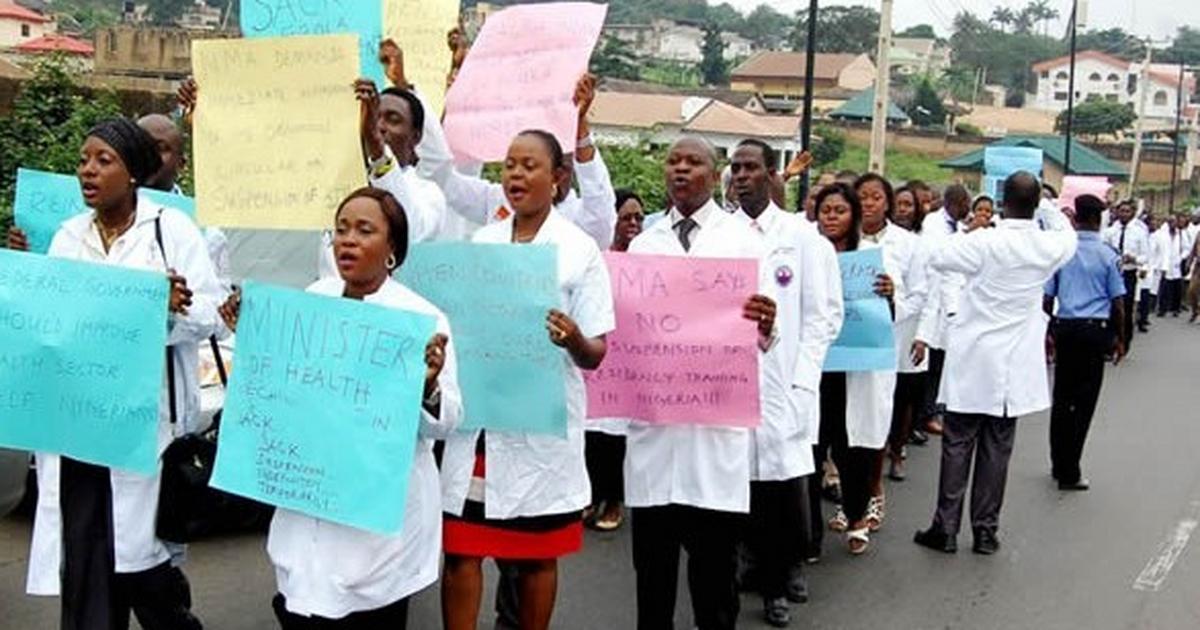 The Joint Health Sector Unions (JOHESU) has notified the federal government of its decision to withdraw its services in all tertiary health institutions across the country starting from Sunday midnight.

JOHESU said it reached that decision after a meeting with the government on Thursday yielded no positive result in meeting their demands.

The union also said it was left with no other option but to go on strike since the 15-day ultimatum it gave the government elapsed on Sunday.

JOHESU made this disclosure in a strike notice letter dated Saturday, September 12 and signed by its national chairman, Joy Josiah; A. A Adeneji, the president, National Association of Nigeria Nurses and Midwives (NANM) and five others to the labour minister, Chris Ngige.

This is coming on the heel of the resident doctors’ suspension of an ongoing strike on Thursday following a meeting on Wednesday with the government which resulted in a truce.

While JOHESU also met with the government on Thursday, the meeting ended in a deadlock.

The union had said it would embark on a nationwide seven-day warning strike if the government fails to meet its demands which includes payment of hazard and inducement allowance by midnight of Sunday, September 13.

JOHESU said the warning strike will only involve federal institutions while the states and local government health institutions will be placed “on red alert for possible entry into the fray if the federal government foot-drags in attending to our demands”.

JOHESU in July had threatened to down tools over what it described as “gross discrimination” against its members in the implementation of the newly-approved inducement and hazard allowances for medical workers.

In the letter to the labour minister, JOHESU said “nothing concrete was achieved at the said meeting with the federal government”, hence the strike notice.