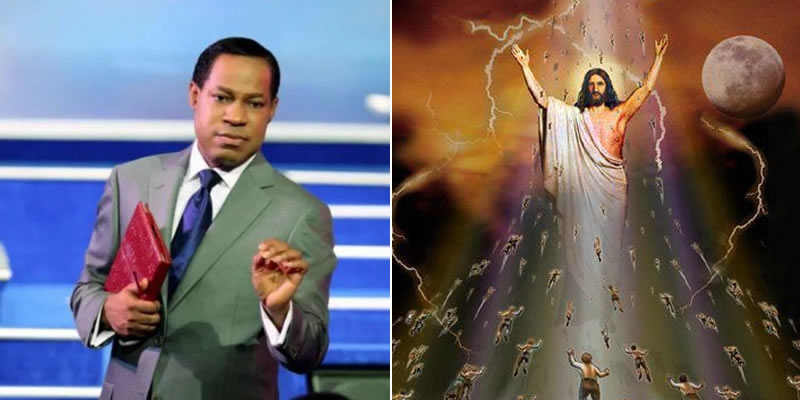 Senior Pastor of Christ Embassy, Chris Oyakhilome has predicted several dates for possible rapture occurrence in the world, barely few months after the UK based clergyman spearhead the spread of conspiracy theory that blames 5G network for Covid-19 pandemic.

WITHIN NIGERIA recalls that Oyakhilome was called out and his Loveworld Limited was also sanctioned in the United Kingdom after he had claimed that the outbreak of Coronavirus is part of the plan for installation of 5G technology and creation of a one world order.

The rapture is an eschatological concept of Christians, consisting of an end-time event when all Christian believers who are alive, along with resurrected believers, will rise “in the clouds, to meet the Lord in the air.”

Pastor Chris who predicted several possible dates and a final dead for rapture during an online ministration, urged everyone to give their life to Christ as ”we are in the last hours.”

You have to give your heart to Jesus today because we are living in the LAST HOURS. Send us a DM and we will lead you to christ. It’s that simple.