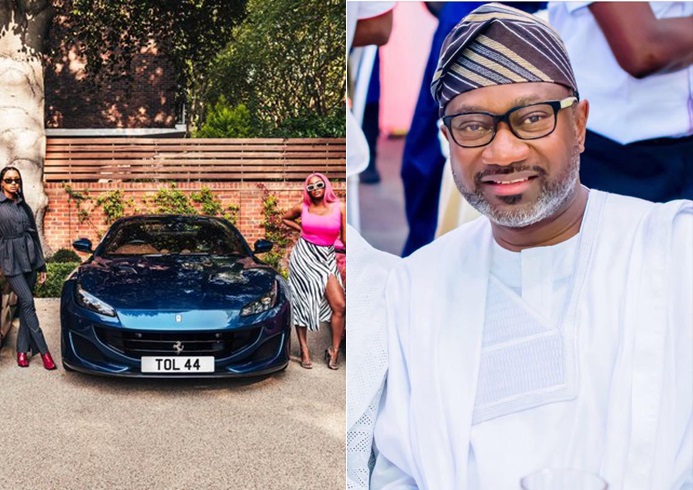 The excited girls took to social media to share photos of their father’s gifts to them as they celebrated.

Dj Cuppy took to her Twitter page to post the photo of the 3 sisters posing with their cars with their customized plate numbers.

Earlier before today, she had taken to her Twitter page to announce she was going to break the internet and fulfilling her promise, the photos of the sisters in their new whips are already breaking the internet.