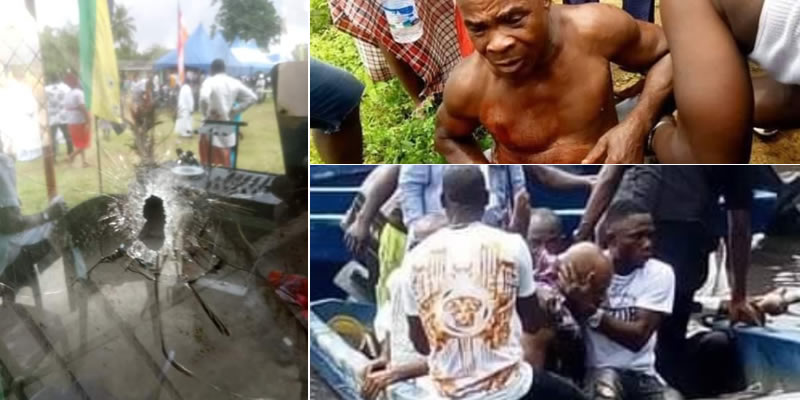 Families of mourners abducted while attending a funeral in Rivers State on Saturday, September 12, have pleaded for their kidnappers to set them free.

WITHIN NIGERIA had reported that gunmen stormed a burial ceremony at Finiapiri-ama village of Banigo Isile-Ogono community in Bonny Local Government Area of the State, on Saturday, leaving several persons injured and abducted including popular politicians.

Five days after the incident occurred, family members of four persons kidnapped have begged their abductors to release them. The son of one of the victims, Thomson Allision, said life had been difficult for the family members since their father was seized and called on the authorities to step up action to rescue them.

Daughter of one of the victims, Jane Hart, explained how the family got to know their father, Senibo, had been kidnapped. She said “We kept calling his phone and my mum went out and came back around 9pm and now told us that someone saw how the whole incident happened.

“The person saw when my dad was taken alongside three other men. The person said he didn’t really know my dad, but he knew the other three men well. So, when the person described what the fourth person was putting on, it was exactly the clothes my dad wore. That was when we knew that he had been taken by the hoodlums.”

The wife of another victim, Mrs Ibifiri Hart said “My husband plays low level politics and is not aspiring for any position for now. He loves politics but he doesn’t have anyone he leans on or anyone he is pushing forward for any political position.

“I believe it is a case of mistaken identity. The abductors did not deliberately pick him. So, I will beg them to release him so that he will come and do God’s work.”

The spokesman for the state police command, Nnamdi Omoni, confirmed that efforts were being made to rescue the four men and apprehend their abductors.