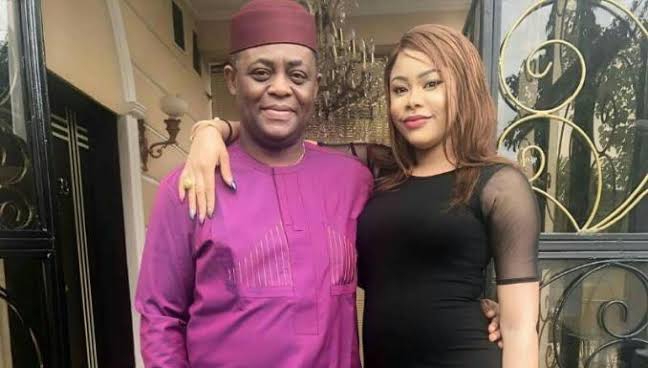 Precious Chikwendu, the embattled wife of former Aviation Minister and mother of four has reacted to the viral news of the crash of her marriage.

WITHIN NIGERIA had earlier reported that the former beauty queen, Chikwendu allegedly called it quit with Fani-Kayode over alleged domestic violence which has prompted several reactions on the internet.

Reacting to the seperation, the mother of four Chikwendu took to her Instagram page on Thursday evening to express how glad she was by quoting from Psalm 126:1-3 to console herself.

Eventhough the former beauty queen did not openly speak on the bitter divorce but the bible verses she made references to depicted a picture of someone who had just been rescued from captivity and absolute darkness.

Precious, the mother of four wrote;

“When the Lord turned again the captivity of Zion, we were like them that dream.

“Then was our mouth filled with laughter, and our tongue with singing: then said they among the heathen, The Lord hath done great things for them.

“The Lord hath done great things for us; whereof we are glad.”