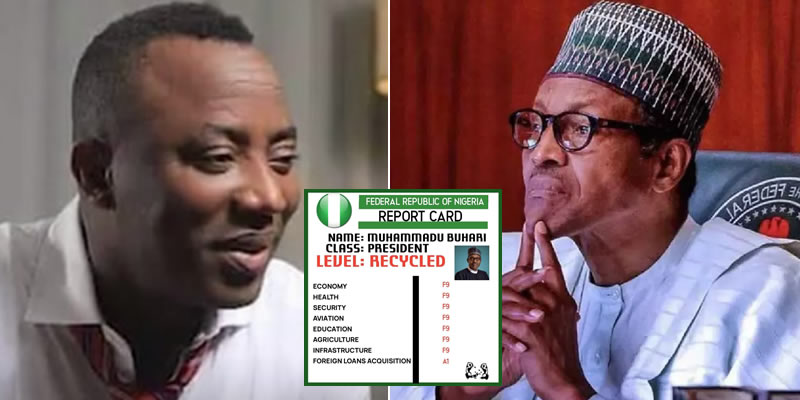 According to the pro-democracy campaigner and former presidential candidate, the report card is a clear summary of how Buhari has failed woefully as the president to the country.

In the report card, Sowore scored Nigeria’s Economy F9, Health sector, F9, Security F9, Aviation F9, Education F9, Agriculture F9, Infastructure F9. Adding that the only thing the government has able to get correctly is its ability to take Foreign loans, thereby scoring that aspect A1. 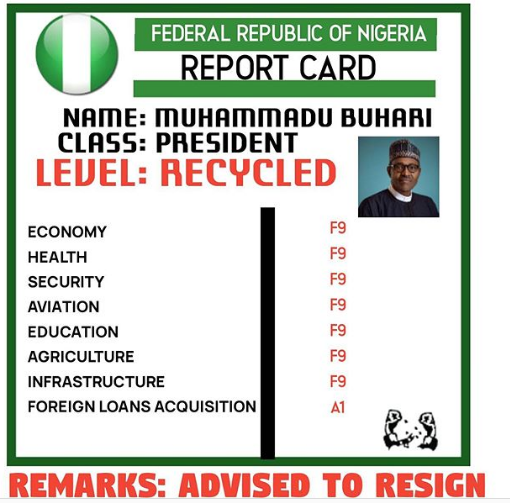 Sowore has however advised the president to resign from his post.

Sharing the picture of the report card, the 49 year old wrote;