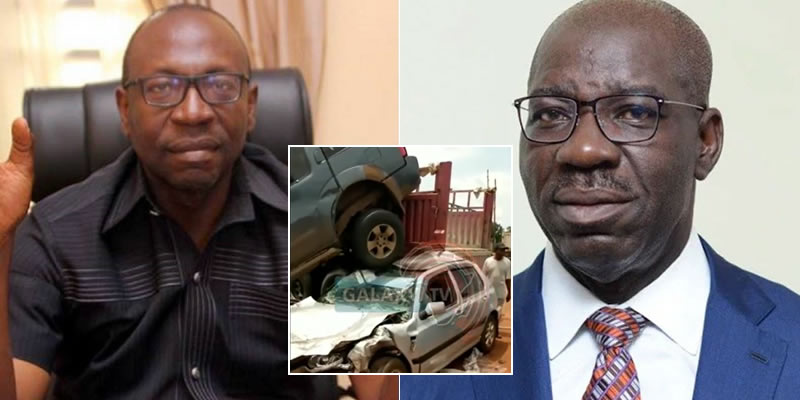 There were multiple accidents at the same time on Friday September 18, involving several vehicles traveling to their local government ahead of Edo governorship polls slated for today, Saturday 19.

WITHIN NIGERIA learnt that the accident which occurred at the front of Egor police station, wrecked a car, two SUVs and a police patrol van.

As at the time of filing this report, numbers of casualties were yet to be confirmed. However, eyewitnesses blamed drivers’ impatience and drunkenness as possible cause of the accident. One of the eyewitness also confirmed that there were bottles of alcohol drinks in the cars.

Watch footage of the aftermath of the accident below;