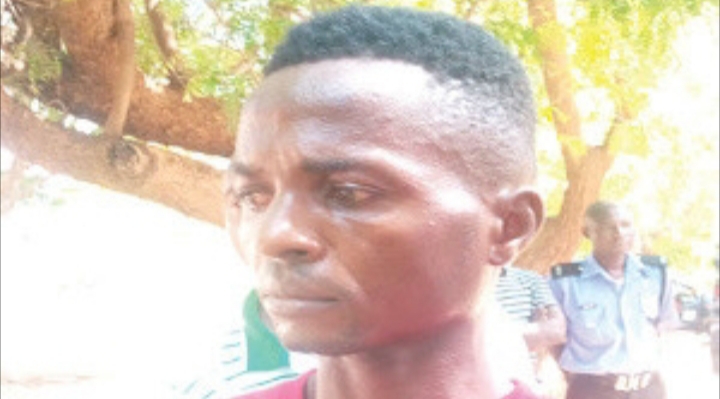 Police arrest farmer who allegedly killed Okada rider, sold off his motorcycle for N120000 in Gombe

Police in Gombe state have arrested a 37-year-old farmer identified as Ephraim Kadiri for allegedly killing an Okada rider and selling off his motorcycle in Billiri, a community in the state.

This was disclosed by the state Commissioner of Police, Shehu Maikudi while parading the suspect before newsmen on Thursday, September 17.

The PPRO said the suspect was arrested in a hotel he lodged after selling off the motorcycle.

“He (Kadiri) was the one, who almost caused mayhem for us yesterday (Wednesday) in Billiri after killing a commercial motorcyclist and stealing his motorcycle.

Restive youths in Billiri thought we were not doing enough and attempted to attack the police station. We had to deploy our men there; the Area Commander had to speak to the youth as well as engage the stakeholders in the town to calm the situation.

Policemen were later deployed to Cham, where the suspect was arrested in a hotel, but he had sold the motorcycle at Laraban Lamurde.”the Commissioner said.

A 21-year-old SSE pupil identified as Babayo Yahaya has been paraded by a police chief for allegedly being in possession of 107 tramadol capsules and 59 sachets of Exole and N400,000 used to bribe the police.

“Babayo Yahaya was arrested based on credible intelligence. Upon interrogation, the suspect confessed to be a dealer in illicit substances for over two years in Gombe and environs,” Yahaya said.