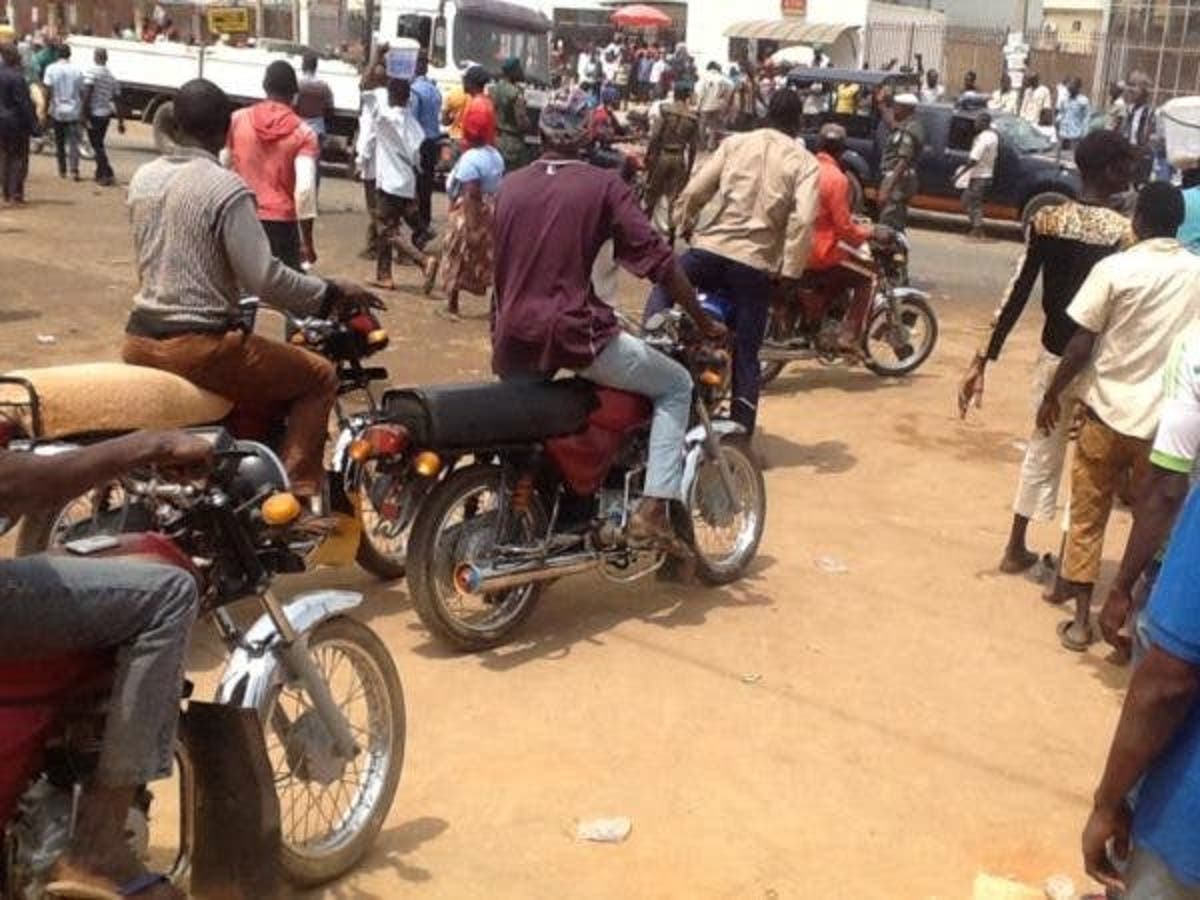 An unidentified commercial motorcyclist (Okada rider) died on Monday when a speeding vehicle knocked him down around New Farm area of Sapele Local Government Area of Delta State.

A female passenger he was conveying also sustained injury in the accident, which reportedly occurred around 8 a.m. It was learnt that the Okada rider died on the spot, while his passenger was conveyed to a hospital.

The speeding vehicle was an unnumbered Mercedes Benz GLK said to have been driven by a suspected internet fraudster. The suspected killer driver was said to have bought the sport utility vehicle (SUV) last week.

The driver was said to have taken the injured woman, believed to be heading to her farm, to a hospital in Sapele in a tricycle, popularly called Keke.

“The accident happened right in my presence. The driver of the GLK was on speed and he crushed the Okada man and the passenger he was carrying to farm from behind.

“The Okada man died on the spot while the GLK driver took the injured passenger to a hospital. We thought both occupants of the motorcycle were dead. I doubt if the woman would make it, except by the grace of God,” a resident, who did not want to be named, said.

An official of the Federal Road Safety Commission (FRSC) in Sapele, who spoke in confidence, confirmed the incident.

Police spokesman Onome Onovwakpoyeya, a Deputy Superintendent of Police (DSP), confirmed the accident, saying: “It was fatal. Somebody died, but I am yet to get full report.”