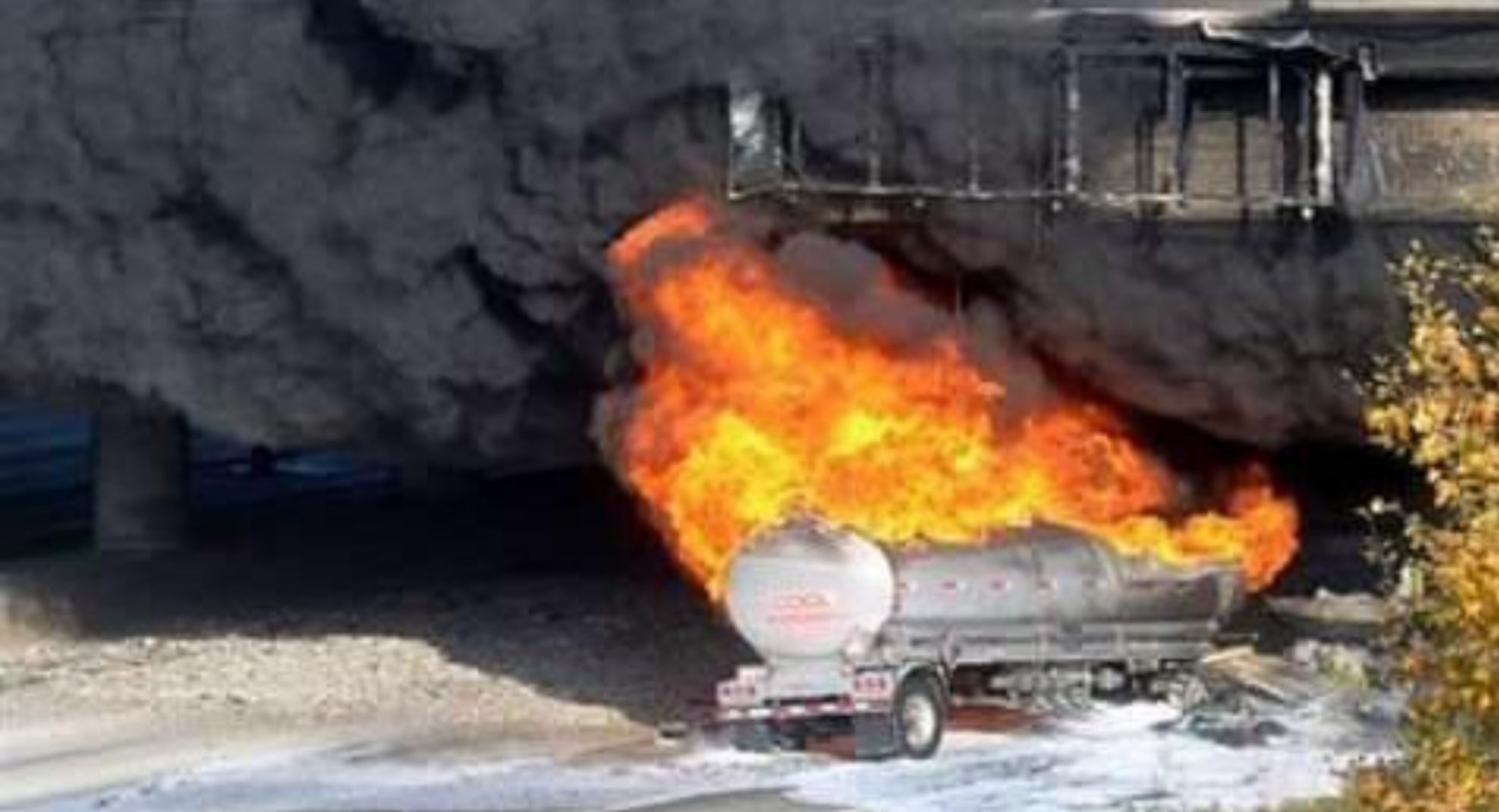 No fewer than ten people have lost their lives in a petrol tanker explosion in Lokoja, Kogi State on Wednesday morning.

According to report the petrol tanker rammed other vehicles at Felele in Lokoja and exploded as other incoming vehicles rammed it.

The accident occurred at about 8.30 according to an eye witness account.

Already, men of the Federal Road Safety Corps (FRSC) and firefighters are on hand to control the situation.

This is coming shortly after the raging inferno has burnt two petrol tankers laden with petroleum products and buildings at Rumuolumeni area of Port Harcourt, Rivers State.

In the River’s explosion, the two tankers reportedly exploded into flames at Erico and Heritage filling stations at Rumuolumeni.

It was learnt the fire, which raged on Monday evening spread to nearby buildings.

While youths in the area mobilised to put out the fire and were later assisted by the officials of the state fire service.